Will get married once Afghanistan win world cup: Rashid Khan

Afghanistan’s leg-spinner Rashid Khan opened up about his marriage plans and revealed that he will get married once his country wins the World Cup. 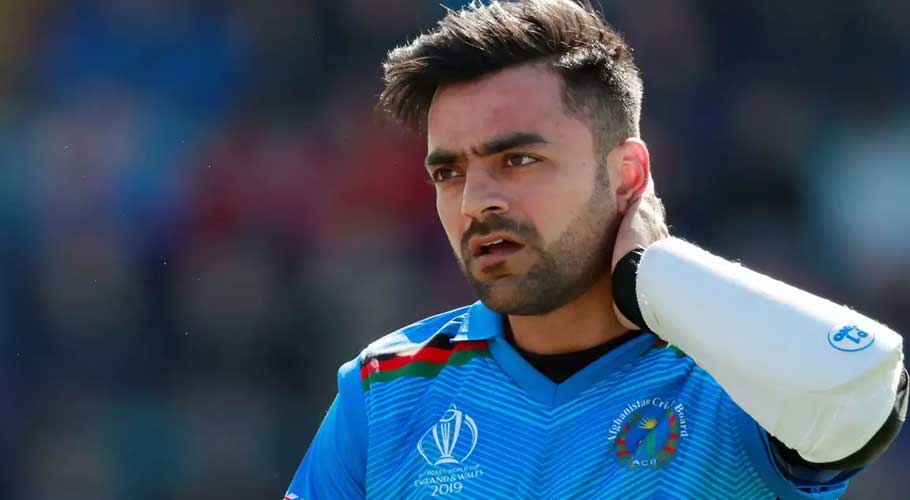 In an interview with a local radio station, the 21-year-old leg-spinner said, “I will get engaged and married once Afghanistan wins the cricket world.” Rashid Khan owns a number of bowling records, especially in the shortest format. The Afghanistan player has already scalped 296 wickets in T20s.

He has also had the honour of leading his national team. The youngest captain to lead a side to a Test victory, Rashid created history when Afghanistan defeated Bangladesh last year.

Being one of the youngest cricketers, Rashid is also the most eligible bachelor in Afghanistan. Recently, Rashid opened up about his marriage plans and revealed when he will tie the knot. Speaking to Azadi Radio, Rashid said: “I will get engaged & married once Afghanistan win the cricket world.”

Rashid, who made his ODI debut in 2015, was a part of Afghanistan’s 2019 World Cup team. Given their form, the Gulbadin Naib-led squad was expected to pull off something big but they lost all nine league stage matches to finish the tournament at the last spot.

The controversial decisions made throughout the tournament led to Gulbadin’s sacking. Afghanistan failed to open their account in 50-over World Cup but they are expected to put up a great show in the T20 World Cup.

Rashid has been away from competitive cricket since March. He hasn’t played any match since the Ireland series, which took place in India. He was scheduled to return to India after a week to represent Sunrisers Hyderabad in IPL 2020 but the league is currently suspended. Rashid is confirmed to play the league whenever it takes place.