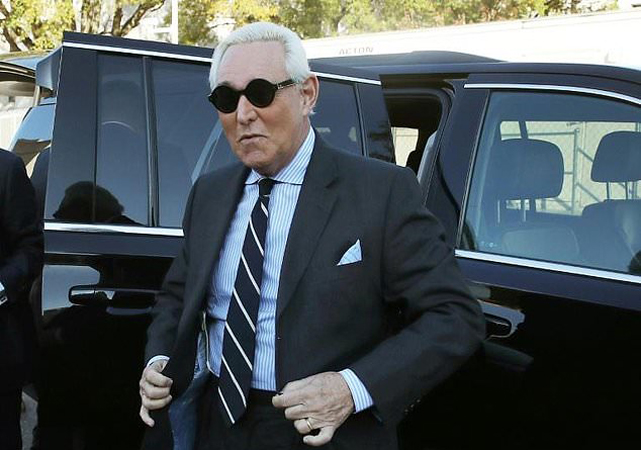 Donald Trump’s commutation of the prison sentence of longtime ally Roger Stone was a case of “unprecedented, historic corruption,” Senator Mitt Romney tweeted Saturday, making his a rare Republican voice raised in criticism of the president.

Stone, who is 67, had been set on Tuesday to begin serving a 40-month prison term after his conviction on seven felony charges originally brought by Special Prosecutor Robert Mueller.

The charges include tampering with a witness and obstructing the House investigation into whether the Trump campaign conspired with Russia to help him win the 2016 election.

Romney, who infuriated Trump when he became the only Republican to vote to convict the president in his impeachment trial, pulled no punches on Saturday.

“Unprecedented, historic corruption: an American president commutes the sentence of a person convicted by a jury of lying to shield that very president,” he tweeted.

His blunt criticism set him apart from most Republicans, who have remained largely mute on the matter, but it aligned him with the unanimous condemnation coming from the president’s Democratic critics, led by House Speaker Nancy Pelosi.

“President Trump’s decision to commute the sentence of top campaign advisor Roger Stone, who could directly implicate him in criminal misconduct, is an act of staggering corruption,” she tweeted early Saturday.

Pelosi called for legislation “to ensure that no president can pardon or commute the sentence of an individual who is engaged in a cover-up campaign to shield that president from criminal prosecution.”

Democratic presidential candidate weighed in without mentioning Stone by name. “I´ve said it before, and I´ll say it again: Donald Trump is the most corrupt president in modern American history,” he tweeted.

“Every day that he remains in office, he further threatens the future of our democracy. We have to vote him out this November,” Biden wrote.

Romney, the Republican nominee for president in 2012, has been shunned by some in the party since his vote on impeachment. The president’s oldest son, Donald Trump Jr, called for him to be “expelled” from the party.

The flamboyant Stone, a longtime political activist and consultant — he even sports a tattoo of President Richard Nixon, for whom he once worked — is easily recognized by his trademark dark glasses and bowler hat. He and Trump were introduced in the 1980s and were said to have hit it off immediately.

Trump’s action late Friday instantly brought new accusations that the president has intervened freely in the US justice system to help friends and allies like Stone, and to punish critics and perceived enemies.

In a highly unusual move in May, the US Justice Department moved to dismiss its own case against Michael Flynn, a former national security advisor to Trump, though he had pleaded guilty to lying to the FBI. A federal judge has demanded a further judicial review of the matter.

Stone was the first person directly involved in Trump’s campaign to receive clemency.

Indictment papers said that a top Trump campaign official had dispatched Stone to get information from the WikiLeaks organization regarding thousands of emails hacked from Democratic accounts — a leak that fueled Republican attacks on Trump’s 2016 opponent, Hillary Clinton.

The Mueller report stated that “the President’s conduct could also be viewed as reflecting his awareness that Stone could provide evidence that would run counter to the President’s denials and would link the President to Stone’s efforts to reach out to WikiLeaks.

Trump has denied any knowledge of any such outreach to WikiLeaks.

On Friday, the White House defended the commutation order benefiting Stone in language reminiscent of Trump’s frequent tweets, saying “overzealous prosecutors” had pursued Stone based on charges stemming from the “Russia hoax” and political “witch hunts.” The statement did not claim that Stone was innocent of the charges facing him but said he should have a proper chance to clear his name.