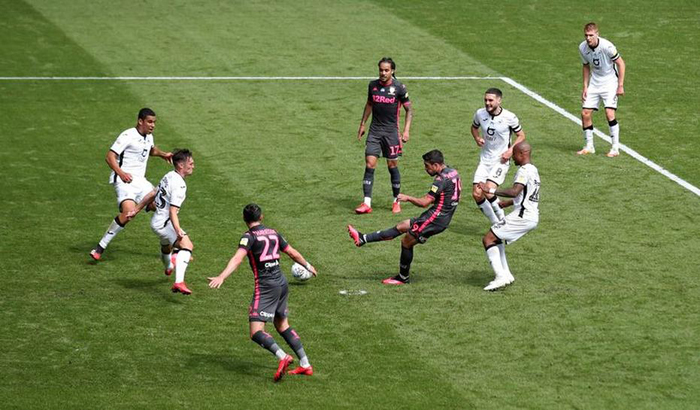 SWANSEA: Leeds United established a three-point lead in the second-tier Championship table after an 89th-minute goal lifted Marcelo Bielsa’s side to a 1-0 win over Swansea City in a tense game at the Liberty Stadium on Sunday. A sweeping move starting in their own box took Leeds down the right flank and midfielder Pablo Hernandez pounced on a cutback to take a low shot that went in off the far post. Leeds moved to 84 points while second-placed West Bromwich Albion, who were held to a 1-1 draw by Blackburn Rovers on Saturday, are on 81 with three games left. Swansea, who remained in seventh place, missed the opportunity to climb into the playoff spots and sit a point behind sixth-placed Cardiff City.

Stoke City, who started the day a point above the relegation zone, beat Birmingham City 2-0 for only their second win after the restart thanks to first-half goals from Danny Batth and Samuel Clucas. Stoke moved up from 21st to 17th in the standings — above Birmingham on goal difference — to give Michael O’Neill’s side breathing room in the battle for survival.