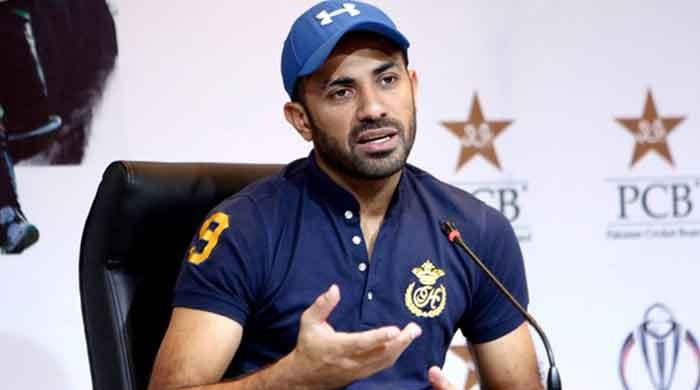 LAHORE: Pakistan’s fast bowler Wahab Riaz has stated that it was a dream come true to take wickets on five wickets on Test debut. While speaking in a video released by the Pakistan Cricket Board (PCB), pacer revealed that he wanted to dismiss Eoin Morgan because of his reputation at that time. “It was a dream come true to take five wickets on debut and that too against England. English side was one of the best Test sides during that time. I always visualized how to dismiss a particular batsman and that visualization led me to take fifer,” Wahab said. “I was the happiest after dismissing Morgan because he was new and we had heard a lot about him as a player because of his shot. I wanted to dismiss Morgan specifically,” he added. It must be noted that Wahab removed Andrew Strauss, Jonathan Trott, Kevin Pietersen, Eoin Morgan and Stuart Broad. Pakistan comfortably won that Test by four wickets.