Bushra Ansari apologises to drama critics over use of harsh words 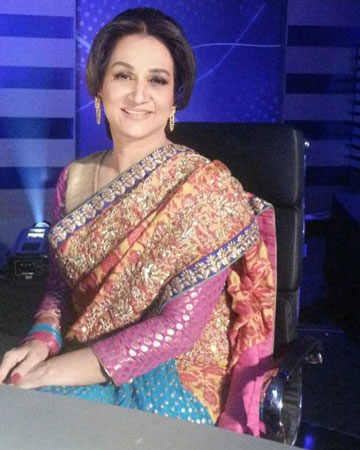 Veteran actor Bushra Ansari has apologised to drama critics over using harsh words after she found herself embroiled in a controversy.

A drama critic, Lubna Faryad aka Amma, who views Pakistani dramas through the lens of a woman watching television reviewed Ansari’s drama.

Following this, the ‘Jawani Phir Nahi Ani’ actress left a harsh comment but has now admitted that she overreacted.

Turning to Instagram, she explained herself and said that “Artists, writers, directors and producers are creative people who put a lot of heart and soul into their work. In a way, their project becomes like a child for them that they create with love for their audience.”

Following this, the ‘Jawani Phir Nahi Ani’ actress left a harsh comment but has now admitted that she overreacted

She went onto add that due to the amount of effort artists put into work, they tend to get hurt when someone ridicules their hardwork.

“I believe that everyone has a right to like or dislike our work but language is important,” she further said condoning the use of offensive language when speaking about someone. “I realize that last week, I overreacted and wrote harsh words on Instagram. In a moment, I realized my mistake and deleted it but in the time of social media, it became a tamasha and sadly, spread like fire,” Ansari said. The actress accepted that her words were too harsh and she did not handle her anger well. She clarified she has no hard feelings for the Munshi family or anyone and urged everyone on social media to choose their words carefully.