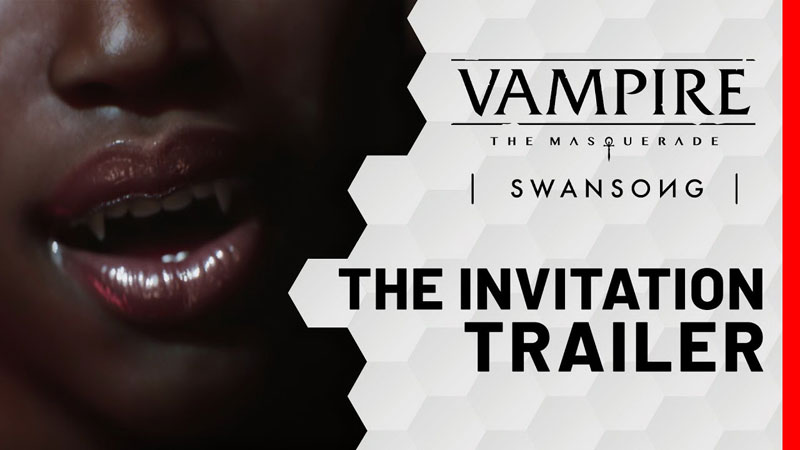 Located in France, like Nacon and its studios, Big Bad Wolf debuted in 2018 through its ambitious, story-driven secret society mystery “The Council.” That first outing had players mingle with high-profile historical figures, tasked with uncovering the location of the main character’s mother, other guests’ motivations and a mansion’s secrets through a sequence of conversations, each of whose outcomes affected the rest of the game.

Similarly, “Swansong” presents itself as a narrative role-playing game, much like its inspiration, tabletop affair “Vampire: The Masquerade.”

Players inhabit three different characters, members of a modern-day vampire sect which is operating amid an atmosphere of plots, murders and power struggles. It’s expected on PlayStation 5, PlayStation 4, Xbox Series X, Xbox One, Nintendo Switch and PC at some point in 2021.

Also taking part in Nacon’s monster parade is “Werewolf: The Apocalypse – Earthblood,” due February 4, 2021 on PS5, PS4, XSX, XBO and PC. “Earthblood” takes the form of a combat-oriented, third-person action game, relatively familiar ground for Parisian developer Cyanide given its track record with “Of Orcs and Men” and the “Styx” franchise.

It casts players as a man gifted with powerful anthropomorphic abilities, able to change into a wolf and a giant beast. With mankind ferociously exploiting natural resources like there’s no tomorrow, it’s up to the shapeshifter to protect the land from a powerful oil company and the spirit that controls it, while somehow keeping his own rage on a leash. As well as sharing a similar naming convention to “Vampire: The Masquerade – Shadowsong,” it also shares a license holder in traditional role-playing game company White Wolf, now part of another video game publisher, Paradox. Finally, Nacon is preparing “Rogue Lords” as another 2021 release, announced for PS4, Xbox One, Switch and PC. Not only is it steeped in medieval superstition but it’s set during the medieval era too, though opting for a more comical, cartoon aesthetic than its two stablemates. Co-developed by Cyanide and Paris-region studio Leikir, it’s a turn-based, combat-oriented affair in which players, as the Evil One, assemble a team of legendary acolytes (Dracula, Baron Samedi and Bloody Mary among them) in order to wipe out the Demon Hunters and spread terror and corruption.