* CM urges people to go and get tested
* Says restrictions not aimed at eradicating virus but slowing its spread
* Sindh conducting 11,790 tests per million population, more than double the testing capacity of Punjab, but that too is not enough 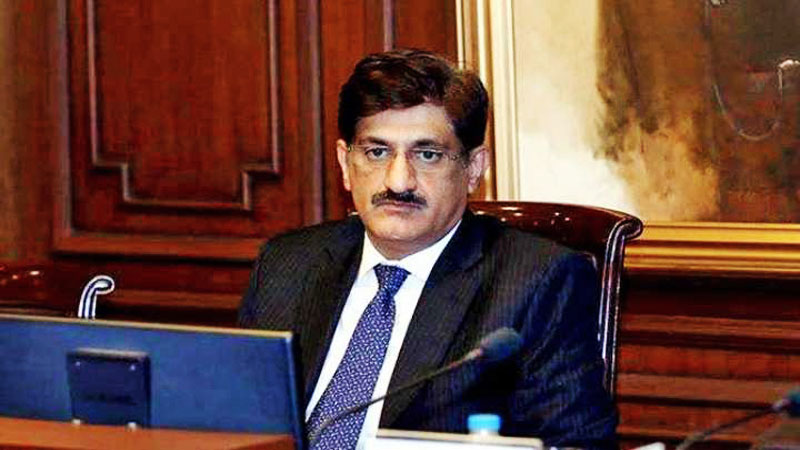 Sindh Chief Minister Murad Ali Shah on Sunday warned against declaring an “early victory” on the country’s efforts to battle the coronavirus pandemic and urged citizens to get tested.

Talking to the media in Karachi, the chief minister said that the provincial government had started taking steps to combat the disease since February.

“Today we are in control of the situation to a certain extent [but] I don’t think we are fully in control, and it is up to us [how we move forward].”

He stated that the objective behind introducing restrictions was not to eradicate the disease but to slow its spread so that the government could work on improving health facilities. “We did have major issues at hospitals at one point, people could not find space in hospitals,” he said, adding that the situation was eventually resolved.

Recounting all the steps taken by the government with regard to increasing the number of health facilities in the province, Shah said, “Right now, doctors also don’t know [how to treat Covid-19]. There’s something new being touted every day. At the start, hydroxychloroquine was recommended, but now they say not to use it.

Shah pointed out that Sindh has been conducting at least double the number of tests of any province since the pandemic began.

“Punjab is ranked second, but it is also conducting less than half of the tests we are carrying out.” Despite this, I am still not satisfied with Sindh’s testing capacity, he said.

The health department is working on increasing testing, the chief minister said, adding that field staff had also tested positive which meant that testing teams had to be changed.

“This is not an excuse, we have to be prepared for these things. But what I fear […] is that we are ruining progress by declaring an early victory.”

Sharing data from the National Command and Control Centre for July 11, Shah said that Sindh identified 10,815 people and tested all of them. “Unfortunately, Punjab identified 10,292 and tested 8,292. They conducted 2,000 less tests, but claim that their testing capacity is 17,000.

“What I fear is that we are thinking that we have gotten a handle on the pandemic… that is wrong. Eidul Azha and other religious events are coming up where people will gather and you can’t stop them.”

He said that the next two to three months were going to be difficult, adding that it was now very important for people to get tested.

“Sindh is working on increasing testing capacity, but that will only happen when there is pressure on existing facilities. Right now our current capacity is not being utilised,” he said, adding that this would benefit everyone in the long run.

“Someone who has the disease may not even feel it. But if they infect someone else, it could result in their death.”