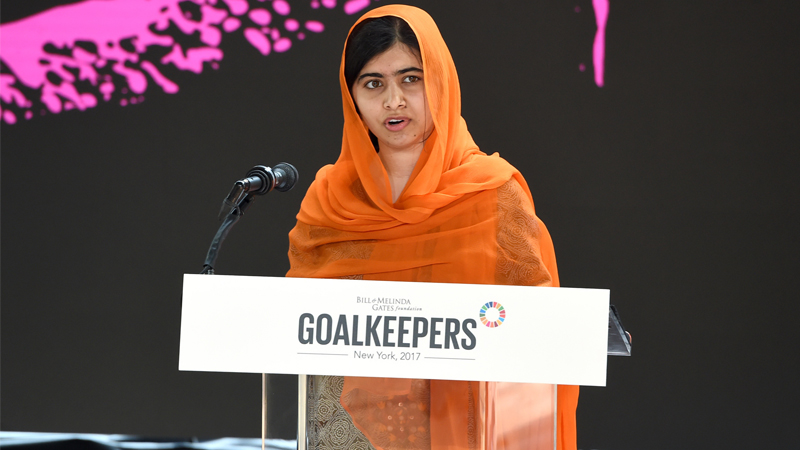 Malala Yousafzai is celebrating her 23rd birthday. Yousafzai is a Pakistani educational activist who, at the age of 17 in 2014, became the youngest person to win the Nobel Peace Prize after surviving an killing attempt by the Taliban. Yousafzai became an advocate for girls’ education when she herself was still a child, which resulted in the Taliban issuing a death threat against her. On October 9, 2012, a gunman shot Yousafzai when she was traveling home from school along with her friends . She survived and has continued to speak out on the importance of education. In 2013, she gave a speech to the United Nations and published her first book, I Am Malala.

During her speech at the United Nation she said that “the terrorists thought that they would change our aims and stop our ambitions, but nothing changed in my life except this: weakness, fear and hopelessness died. Strength, power and courage were born.”

Yousafzai also prompt action against illiteracy, poverty and terrorism:
With a growing public platform, Yousafzai continued to speak out about her right, and the right of all women, to an education. Her activism resulted in a nomination for the International Children’s Peace Prize in 2011. That same year, she was awarded Pakistan’s National Youth Peace Prize.

Malala had wanted to become a doctor, then prime minister of Pakistan, but now her goal is to “press governments to do more for girls’ education.”

Her achievements didn’t stop there, Malala earned a place at the prestigious University of Oxford where she’s studying Philosophy, Politics, and Economics. She has followed in the footsteps of her idol, former Pakistani Prime Minister Benazir Bhutto, who studied the same subjects at Oxford.

Happy Birthday to the brave daughter of Pakistan. For those who say what Malala have done, she took action on global education by opening a school for Syrian refugee girls in Lebanon. Its expenses covered by the Malala Fund, the school was designed to admit nearly 200 girls from the ages of 14 to 18. Former U.N. Secretary-General Ban Ki-moon described Yousafzai as “a brave and gentle advocate of peace who, through the simple act of going to school, became a global teacher.”

In April 2017, United Nations Secretary-General Antonio Guterres appointed Yousafzai as a U.N. Messenger of Peace to promote girls education. The appointment is the highest honor given by the United Nations for an initial period of two years.

Writer is a student of Masters in Development Journalism at Punjab University.