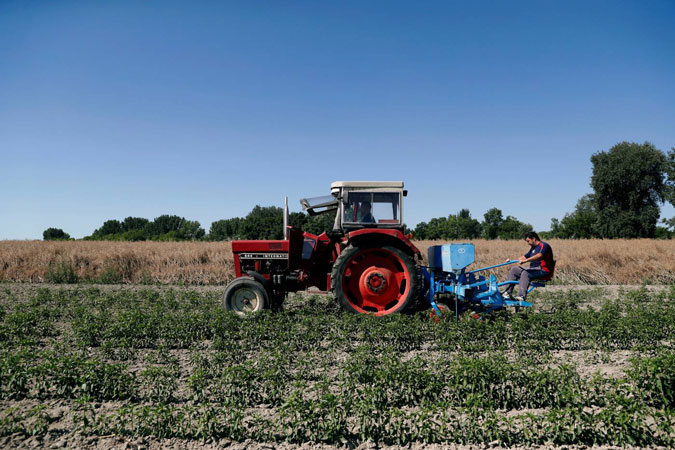 Paprika farmer Peter Szabo from Batya, a village by the Danube in central Hungary, had battled against worsening drought for years until he found a natural method to drastically reduce his crops’ need for irrigation.

Szabo began mixing volcanic minerals into the soil, which helps it retain water. Since then he has had to irrigate his vast paprika fields only two or three times in a year and this only in the hottest month of August, when the area around Batya, in the middle of landlocked Hungary, gets zero rainfall.

Previously, his fields needed watering every 8-10 days in the driest months.

“The extreme weather has been a problem for years and we are trying to get a grip on it,” Szabo said. He also stopped using artificial fertilizers.

Bright red when ripe, the pepper pods are harvested, dried and milled to make the pungent spice so important in Hungarian cuisine and known the world over thanks to dishes such as goulash and chicken paprikash.

“We should build reservoirs to prevent all that water flowing down the river Danube and Tisza and keep that water in the country,” he said.

Batya, where traditional hot paprika is the main produce, is doing that, albeit on a small scale. As part of a European Union funded climate adaptation project, the village channels all rainwater via trenches into a reservoir.

“Whatever water the good Lord has intended for Batya we should hold on to and appreciate it,” said Batya mayor Csaba Fekete. A former clay pit was dug out and deepened to create a reservoir and a natural water retention wetland. The rainwater preserved this way helps refill ground water levels. The project cost 64 million forints ($204,140), with 60% funded by the EU, 30% by the government and 10% by the municipality and the World Wildlife Fund.