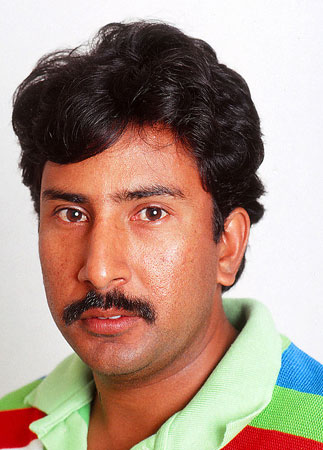 LAHORE: Former Pakistan captain Salim Malik has claimed that the Pakistan Cricket Board (PCB) tricked him to accept match-fixing charges to deceive the International Cricket Council (ICC). Malik said that in 2013, during a meeting with PCB’s high officials, he was asked to accept charges, get his life ban lifted and start his rehabilitation programme. “The statement PCB is talking about is from 2013 and not 2014. I met then PCB Chairman Najam Sethi, Chief Operating Officer Subhan Ahmed and their legal advisor,” he revealed on Saturday. “They asked me to sign the letter, where I signed it and admitted the charges to deceive the ICC in order to get my ban lifted and start my rehabilitation programme. The PCB is using the letter against me which is totally absurd and ridiculous,” he added.

It is pertinent to mention that on Friday the PCB responded to Malik’s application regarding return to cricket-related activities and stated that he failed to respond to transcripts provided by the ICC of April 2000 conversation. “You chose not to respond to the contents of the transcripts of a conversation that took place in April 2000. In the backdrop of the above, the PCB will be unable to proceed any further until such time you respond on the said matter.” The in its press release further added that the denial and avoidance to respond to the transcripts doesn’t change the admission Malik made in a May 5, 2014 letter to the then PCB Chairman. “Sir, after consultations and on my free will, I have reached a decision that I am ready to accept my wrongdoing, apologise to the fans and want to start by rehabilitation process. I fully understand the consequence of my decision and am ready to cooperate to every extent with ICC and PCB for my rehabilitation program. I would request PCB to talk to ICC if required and start my rehabilitation programme at the earliest,” PCB quoted Malik as saying in the said letter. The 57-year-old Malik was given a life ban by the PCB as a result of Justice Qayyam Commission Report in 2000 for match-fixing, which was lifted in 2008 by a Civil Court in Lahore. Malik scored 5768 runs in 103 Test matches and 7170 runs in 283 ODIs for Pakistan.