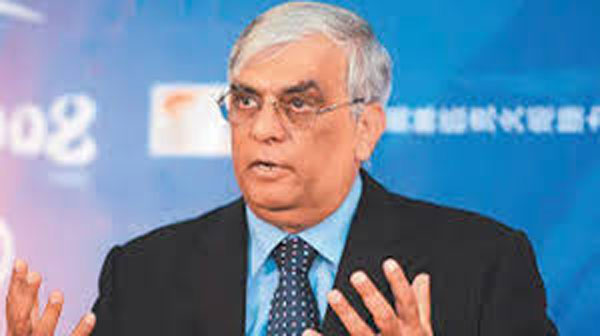 LAHORE: Pakistan Olympic Association (POA) President Lt Gen (r) Syed Arif Hasan has called for resumption of sports activities under Standard Operating Procedures (SOPs) in the country. Talking to media via videoconference on Friday, Arif said the government should allow opening of certain facilities subject to certain conditions in which social distancing would be mandatory. “Sports like golf, tennis singles, table tennis singles, archery, and other non-contact sports can easily be played,” he added. Asked whether the sports fraternity could not build pressure on the government to open up sports activities under special SOPs, as was successfully done by some other sectors like traders, transporters and educational sector, Arif said after the opening of those sectors the pandemic spread rapidly, so there was a risk involved. “But now the POA wants the government to consider the revival of the sports under the SOPs. Some games, where man to man contact was less possible should be resumed.” He said the online competitions, however, would continue. “We also appreciate the efforts of the national federations, which held online activities to engage their athletes and officials.”

Arif advised all the stakeholders to move forward together to achieve laurels for the country instead of debating over issues which had already been settled now. Arif said only harmony and focussed efforts towards betterment of Pakistan sports was the key to success. Answering various questions about Federal IPC Minister Dr Fehmida Mirza’s statement about the poor performance of the POA, Arif said: “We should have to move forward instead of indulging in issues which have already been settled. And if anyone still want to judge the performance of the POA, then first we should have to set the parameters of judging it.” He maintained the development of sports had never been the responsibility of the POA as it was made out to be. “The Pakistan Sports Board (PSB) is responsible to promote and develop standards of national fitness as well as standards of competition, comparable to international standards, and for the development of sports infrastructure and training of athletes,” he said.

He said if all concerned continued to get involved in personal or personality clashes then the system can be flourished. “Just look at the sports budget of India, which is Rs17,000 million and is available for the national sports federations and even to players for their individual and collective training programme.” He said there were no issues over the POA status as honourable courts and the IOC had settled all the issues between the POA and the government and now it was time to move forward for the betterment of the sports. “The POA had achieved success at international level, including having seven to eight Pakistanis in the different committees of the Olympic Council of Asia, sending three shooters on the IOC’s scholarship for further high-level training. Pakistan had the unique honour of being one of the 23 countries (out of the 202 members) selected to participate in the Olympic Day celebrations. We were represented by Aisamul Haq who gave a fantastic job in front of the world,” he said.

To a question regarding objections against him over his tenures as the POA President, Arif said it was a decision of the General Council to elect any suitable candidate, so it was not the domain of just any one to stand up from outside and raise objections over it. He said the IOC Constitution did not bar anyone from contesting the elections for more than one time and now the country’s constitution had also allowed it. “If the government is going to review the National Sports Policy 2005 then it should take input from all stakeholders,” he concluded.