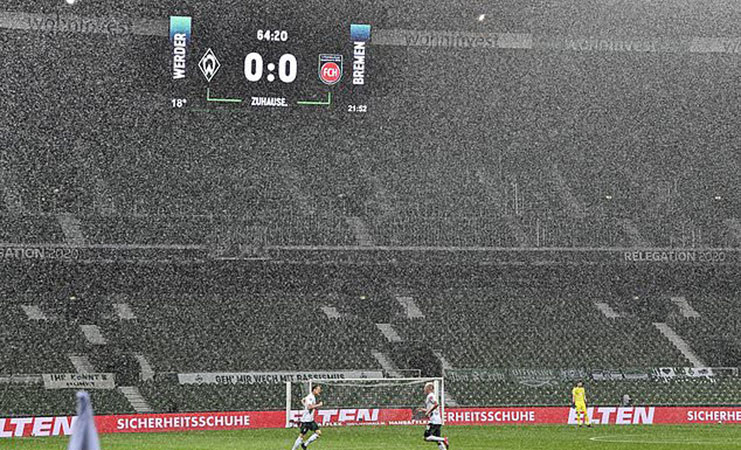 FRANKFURT: Germany will start the 2020-21 season with cup games on Sept. 11 before the Bundesliga resumes Sept. 18. The winter break has been cut short to fit the season between postponed European tournaments. The calendar published Friday by the German soccer federation has the league starting more than a month after it did in 2019-20. That allows space for the Champions League and Europa League mini-tournaments in August and a block of national-team games. The Bundesliga will end May 22, in time for the European Championship, which start June 11 after being pushed back a year amid the coronavirus pandemic. The Super Cup is normally the German season-opener, but it’s been delayed to Sept. 30. To squeeze a full schedule of games between the postponed European tournaments, there’s an extra round of midweek games and the winter break has been slashed. The last games of 2019 will be cup games Dec. 23 and the first league games of 2021 are set for Jan. 2, two weeks earlier than in 2019-20. Bayern Munich secured its eighth straight Bundesliga title last month, after the German league restarted amid the pandemic in May. Every Bundesliga game since the restart was played without fans. The league said Friday it will support clubs working with local health authorities to draw up plans for the safe return of spectators. There will be consultations between the clubs in the top two divisions about issues including whether to allow away supporters.