International courts ‘more needed than ever’, 25 years after Srebrenica 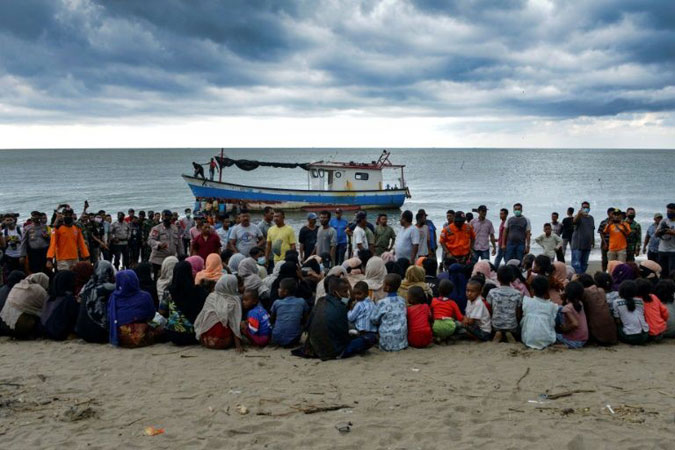 Twenty-five years after the Srebrenica massacre international courts like those which tried the perpetrators of the slaughter face an uncertain future but are needed more than ever, experts say.

The now-defunct war crimes tribunal that convicted Bosnian Serb leaders like Ratko Mladic and Radovan Karadzic over the murder of 8,000 Muslim men and boys was hailed at the time as a new era of post-Cold War accountability.

Yet the numerous courts set up in its wake now face a litany of problems like low conviction rates, attacks by US President Donald Trump and antagonistic governments, and accusations of racism.

They also need to start giving justice to victims of a new generation of crimes such as the war in Syria, the repression of the Rohingya people in Myanmar and the persecution of the Uighurs in China, experts said.

The Srebrenica commemoration was a reminder that the need for such tribunals to tackle mass atrocities “has never been greater,” said Nancy Combs, law professor at the William and Mary Law School in Virginia.

The Hague in the Netherlands — dubbed the “city of peace and justice” — plays host to many of these tribunals, the biggest of which is the International Criminal Court, set up in 2002 to try the world’s worst crimes.

It is also home to a tribunal for Kosovo which recently handed down war crimes charges against President Hashim Thaci, and a tribunal for the assassination of former Lebanese premier Rafiq Hariri in 2005.

But the ICC is now under attack by the Trump administration for probing alleged war crimes in Afghanistan, while the wheels of justice have turned slowly and expensively at both the Kosovo and Lebanon courts.

“At this moment in history, the future of war crimes tribunals is uncertain.”

The ICC was also “suffering from a crisis of confidence because its successes have been so meagre in the last decade,” Combs told AFP.

The court had to drop a crimes against humanity case against Kenya’s President Uhuru Kenyatta, while the acquittals of former Ivorian president Laurent Gbagbo and Congolese politician Jean-Pierre Bemba came as severe blows.

Despite recent political changes in Sudan, the court’s most wanted fugitive and former Khartoum strongman Omar al-Bashir remains out of reach.

Claims that the ICC was only prosecuting suspects from the African continent had also led to accusations of racism.

Things had seemed more hopeful when tribunals for the genocide in Rwanda and the wars in the former Yugoslavia were set up in the 1990s — the first of their kind since the Nuremburg and Tokyo tribunals after World War II.

The International Criminal Tribunal for the former Yugoslavia (ICTY) was the most successful. By the time it shut in 2017 it had tried 161 people including Karadzic and Mladic, both of whom remain in detention in The Hague.

“Surprising perpetrators and catching up with them,” was one of the ICTY’s greatest achievements, said Mark Kersten, senior consultant at the Berlin-based Wayamo Foundation.

But even the ICTY’s legacy is now coming under attack.

“We remain very worried about regional cooperation,” said Serge Brammertz, chief prosecutor at the ICTY and now at its Hague-based successor, the International Residual Mechanism for Criminal Tribunals.

The future of international justice now lay in a “combination of various law models”, mixing big international tribunals with local courts, said Carsten Stahn, law professor at Leiden University. Syrian atrocities for example are being prosecuted using a mixture of a UN-backed investigative archive and domestic trials based on the concept of universal jurisdiction, for instance in Germany, Stahn said.