No unannounced load shedding in Karachi from today, pledges Asad 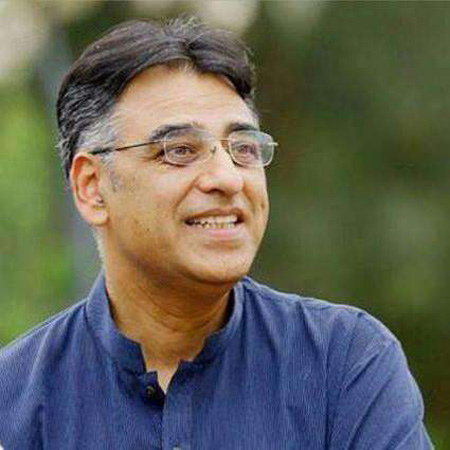 Federal Minister for Planning and Special Initiatives Asad Umar on Saturday announced that there would be no unannounced power outages in Karachi from Sunday (today) after gas supply to the city’s sole power utility has been increased, a private TV channel reported.

“The Sui Southern Gas Company (SSGC) has increased the gas supply to K-Electric to 290mmcf,” Umar told media at a protest camp outside KE’s office alongside Sindh Governor Imran Ismail. He said they will do their best to try to solve the issues of the public. “Even if after this the problems are not solved, we will take legal action. PTI did not sign any agreements with KE, the previous governments did. If a takeover is needed, that will be done,” he remarked.

Speaking about the unannounced power cuts that have increased over the past few weeks, Umar said, the National Electric Power Regulatory Authority (NEPRA) will release a report regarding the power outages. “NEPRA will take action against the company regarding power cuts and the government is ready to act,” he said.

Umar said initially, a few dual-fire units of the power utility would be run on furnace oil, which would later be extended to all dual-fire units. However, the minister said increasing the supply of oil did not mean the petroleum ministry was at fault. “The petroleum division has increased the supply of furnace oil for KE and it will be increased further. Currently, 190 million cubic feet of gas is being supplied to KE. This has been increased to 290m cubic feet.”

Talking about steps the PTI government has taken in this regard, Umar said it had been decided in the past few months that an additional 550 megawatts of energy would be given to Karachi before next summer. “Then there will be another 800MW increase before the summer of 2022 and another 800MW before the summer of 2023. Collectively, 2,150MW of additional energy will be given to Karachi by the summer of 2023,” the minister claimed. “This will be an almost 70 per cent increase in power generation compared to now,” he said. “KE is a private organisation and previous governments have privatised it and the power generation process. But Karachi has not been privatised,” he said.

Umar said he and the Sindh governor has told the KE chief that the federal government wanted to fully help the power utility to solve problems of the people in Karachi. “But if you cannot solve them despite help, then we will not look the other way and will use the entire power of law to ensure that people of Karachi are not deprived,” he warned. The minister said that NEPRA will release a report within three or four days and place responsibility on who was behind load shedding in the city. Governor Ismail said the government is trying its best to deal with the issues of power outages in the metropolis. “After efforts from the government, there will be no more unannounced power cuts in the city from Sunday. NEPRA will conduct an audit into the issue of overbilling and if any were found, CEO KE will refund it,” he added. The governor shared that he was summoned by the prime minister regarding the KE issue. “We decided there will be no unannounced power outages in Karachi from Sunday. The Petroleum Division has assured us they have increased the supply of gas to KE,” he added.