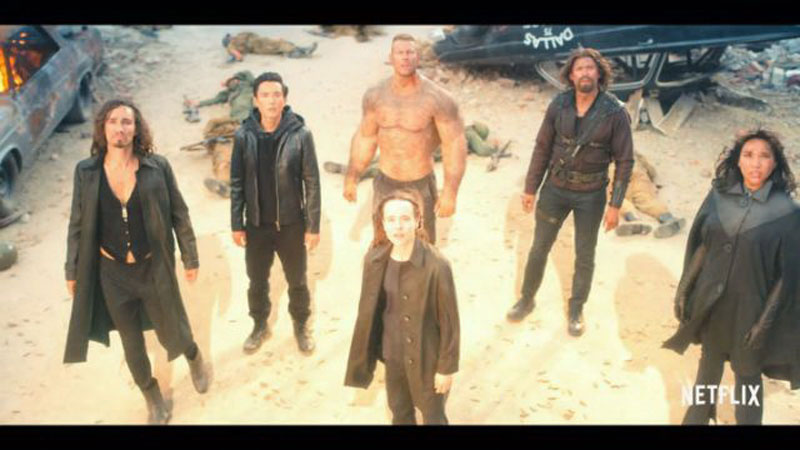 You go back in time to save the world and find the apocalypse tagged along for fun. Netflix’s dysfunctional family of adopted superhero siblings return this month in season 2 of “The Umbrella Academy.”

The seven left the end of Season 1 in a last-gasp attempt to stop the world’s destruction — kind of their fault, kind of not — traveling 50 years back in time to prevent the apocalypse together.

Trouble is, as we learn in this first trailer for the second season, something’s happened to the timeline and they’ve got 10 more days (one might even say 10 more episodes) to put things right.

If you’re not familiar with “The Umbrella Academy” but think all this misfit superhero family thing sounds suspiciously close to DC Universe and HBO Max show “Doom Patrol,” fret not: the former’s creator has confessed that the latter, in comic book form, was a big influence on his 2007 pen and ink series.

But there doesn’t have to be any bad blood: Gerard Way — better known to many as the lead singer of rock band My Chemical Romance — has since worked on a number of “Doom Patrol” issues and set up his own Young Animal imprint over at DC Comics.

In fact, a more well-visited conundrum has been the apparent connection or lack thereof between the first issue of DC’s “Doom Patrol” and the debut of Marvel’s “X-Men” three months later, all the way back in 1963.

And that, as it happens, is the year that “The Umbrella Academy” Season 2 takes place.

Confused much? Well, families can be confusing, but it doesn’t mean they can’t save the world. Again.