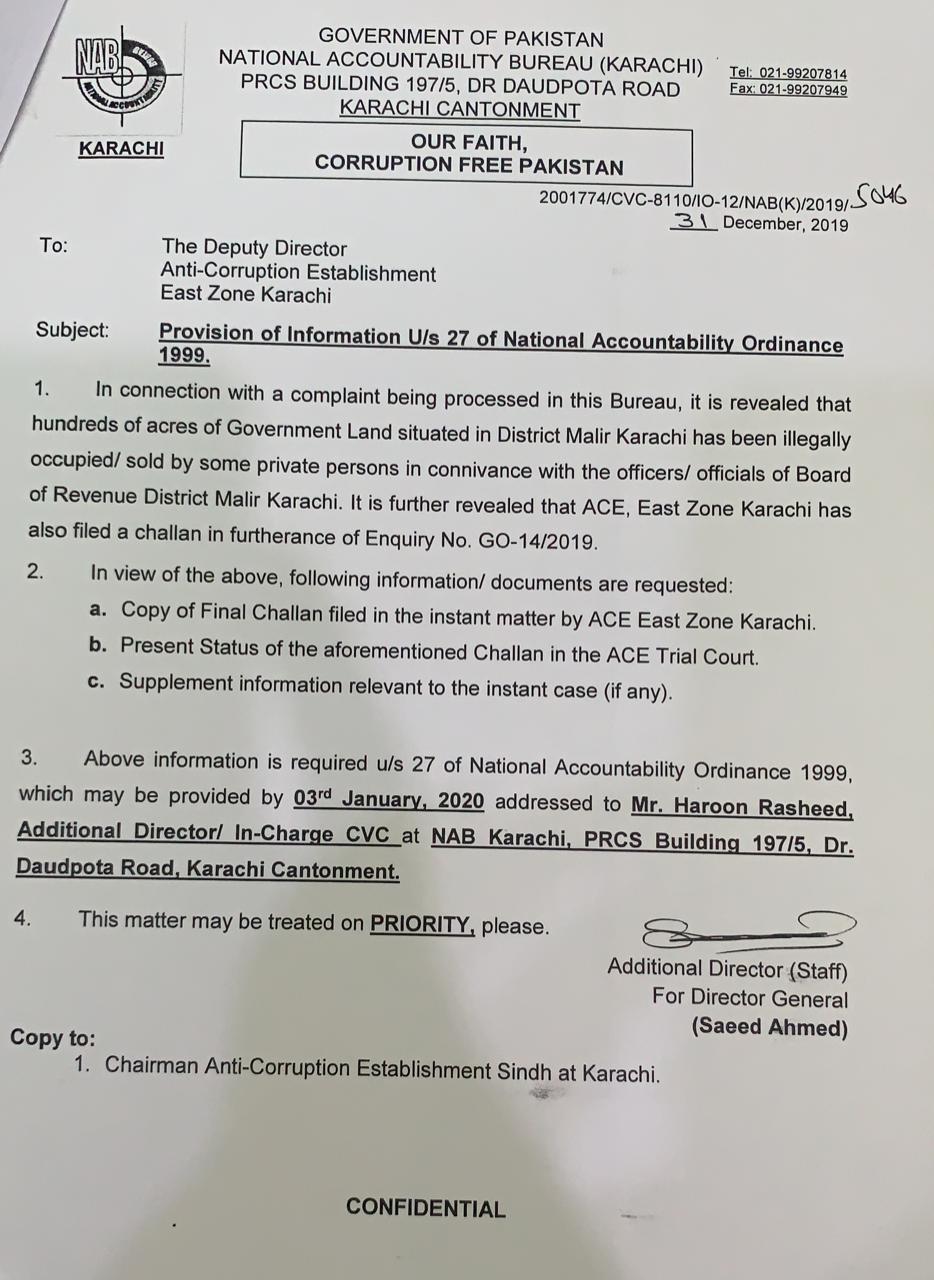 NAB has claimed that Sheikh occupied the 253 acres in Karachi’s District Malir with the help of government departments.

The bureau, in its letter to the deputy commissioner Malir, has requested for all records pertaining to the selling of government land illegally along with details of his farmhouse and other documents.

“In correlation with a complaint being processed in this Bureau, it is revealed that 253 acres of government land situated in District Malir Karachi has been illegally occupied/sold by Haleem Adil Sheikh and others in connivance with the officers/ officials of Board of Revenue District Malir Karachi,” the letter said, adding, ACE, East Zone Karachi also conducted an inquiry into the matter.

The letter further said an anti-corruption unit has already completed an inquiry against the PTI leader which the Bureau has also requested. DC Malir has been directed to submit the records by July 27.

Earlier, reports of Sheikh being involved in a land scam had emerged. The PTI leader was said to have illegally allotted 207 acres of state land, worth Rs410 million.

Before this, media had also reported that the PTI President Haleem Adil Sheikh involved in the illegal allotment of land grabbing and others fraud as well.