Hours after a landmark court ruling Friday, the Turkish government confirmed that Istanbul’s Hagia Sophia will be reopened for worship after an 85-year hiatus. 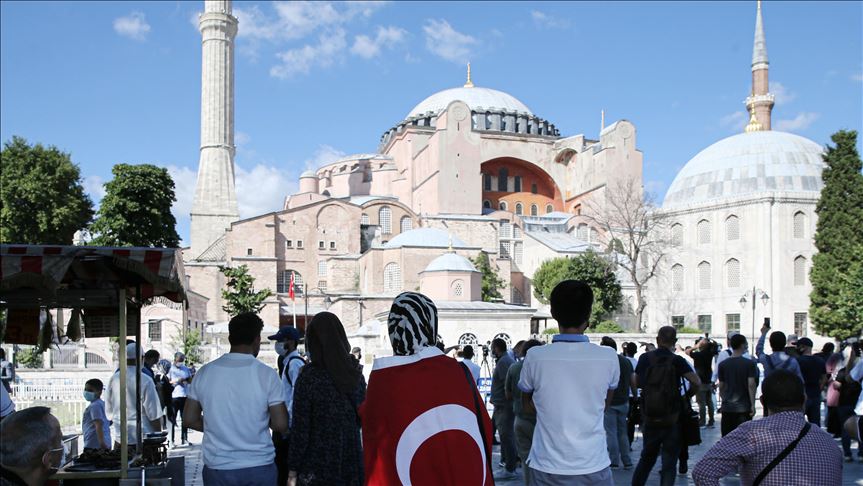 The nearly 1,500-year-old architectural gem will be transferred to the state Religious Affairs Directorate under a presidential decree, according to a Friday announcement in the Official Gazette.

Earlier Friday, ruling on a petition filed by an Istanbul NGO, Turkey’s Council of State overturned a 1934 Cabinet decree that had turned Hagia Sophia into a museum.

The court ruled that Hagia Sophia was owned by a foundation established by Sultan Mehmet II, also known as Mehmet the Conqueror, and was presented to the community as a mosque. According to the ruling, Hagia Sophia was defined as a “mosque,” a status that cannot be legally changed.

After centuries of use as a church under the Byzantine Empire, in 1453 Hagia Sophia was converted into a mosque by Mehmet II following his conquest of Istanbul.

In 1935, Hagia Sophia was turned into a museum.

Posting his decree on social media today, President Recep Tayyip Erdogan expressed best wishes for the change, which he has long advocated.