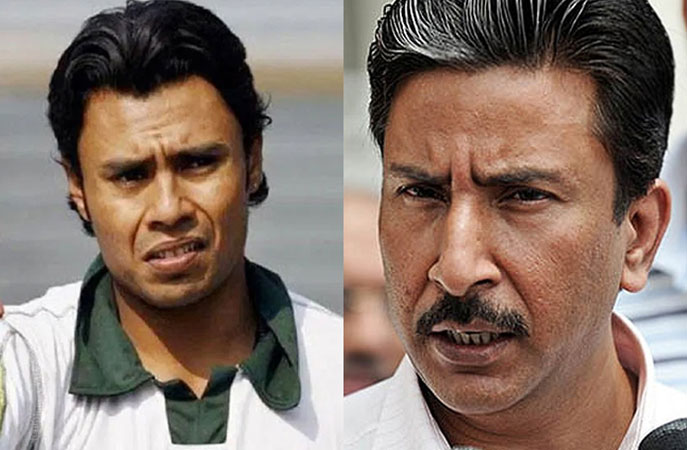 LAHORE: The Pakistan Cricket Board (PCB) on Friday gave cold shoulder to former cricketers Danish Kaneria and Salim Malik by rejecting their pleas for their comeback to cricket-related activities. In its reply to both players’ requests, the PCB not only tuned down their appeals but also gave reasons behind the rejection. It is pertinent to mention that on June 22, 2012, Kaneria, the Pakistan leg spinner, was banned for life from any cricket under the jurisdiction of the England and Wales Cricket Board (ECB) after being found guilty of corruption by a disciplinary panel in relation to the spot-fixing case involving English county player Mervyn Westfield. Former Essex pace bowler Westfield was also charged with bringing the game into disrepute to which he pleaded guilty and was given a five-year ban, although he was allowed to play club cricket after three years. Kaneria was charged with inducing his Essex team-mate Westfield to ‘deliberately concede’ runs in a limited-overs game against Durham in 2009 and bringing cricket into disrepute. Kaneria’s career came to end an end with the verdict. Although his punishment was handed out by the ECB, the ICC’s Anti-Corruption Code states that decisions based on a domestic board’s regulations should be upheld by boards around the world. The PCB also complied and closed the doors of all cricket for Kaneria. He filed appeals over imposition of his 2012 life ban but were dismissed by England Courts in 2014. Kaneria played 61 Tests for Pakistan between 2000 and 2010. His 261 Test wickets, at an average of 34.79, are the most by a
Pakistan spinner.

Kaneria, who was willing to undergo a rehabilitation programme under the PCB, was told that he was banned for life by the ECB’s Cricket Discipline Commission after it was established that he had knowingly induced or encouraged Westfield not to perform on his merits in the Durham match. “You subsequently challenged the decision before the Appeal Panel of the Cricket Disciplinary Commission, which was upheld. Then, you appealed before a Commercial Bench of the High Court in London, which was dismissed. Then, you appealed before the Court of Appeal (Civil Division), which was rejected,” the PCB reminded the former spinner. The PCB said its rehabilitation programme was offered to players upon conclusion of the respective periods of ineligibility and not for players who were serving life bans.

Salim Malik: Malik was once considered Pakistan’s most gifted batsman. With supple wrists, and silky timing, Malik dominated spinners all over the world but was equally adept against menacing fast bowling. Debuting in 1982, he played 103 Tests for Pakistan, scoring at an average of 43.69 with 15 centuries and 29 fifties to his name. All of Malik’s wizardry and statistics were buried deep under the rubble of match-fixing after the right-handed batsman was banned for life from playing cricket, holding any office and from involvement in any cricket-playing activity. Malik was banned for life in 2000 when the Justice Qayuum Commission found him guilty of offering bribes to Australian players Shane Warne and Mark Waugh to lose a Test match in Karachi in 1994.

The one-man Commission stated in its inquiry report: “This Commission recommends that a life ban be imposed on Salim Malik and he be not allowed to play cricket at any level, whether for Pakistan or at the domestic level. He should not be allowed to even associate himself with any cricketing affairs as he may be able to influence the new generation. This includes coaching, managerial offices and selection committees. It is also recommended that other suitable action whether in the form of criminal proceedings or otherwise be taken against Salim Malik. Moreover, an account of his finances needs to be taken and he should be fined Rs.one million.” However, the ban was lifted in 2008 by a Civil Court Lahore. Since then the 52-year-old had tried many times to get his name cleared, but is still considered ‘persona no grata’.

On the application of Malik, the PCB informed the former captain that he had failed to respond to transcripts provided by the ICC of April 2000 conversation. “You chose not to respond to the contents of the transcripts of a conversation that took place in April 2000. In the backdrop of the above, the PCB will be unable to proceed any further until such time you respond on the said matter,” the PCB said. “The denial and avoidance to respond to the transcripts doesn’t change the admission when, in a May 5, 2014 letter to the then PCB Chairman, you wrote: Sir, after consultations and on my free will, I have reached a decision that I am ready to accept my wrongdoing, apologise to the fans and want to start by rehabilitation process. I fully understand the consequence of my decision and am ready to cooperate to every extent with the ICC and the PCB for my rehabilitation programme. I would request the PCB to talk to the ICC if required and start my rehabilitation programme at the earliest.”