Atalanta emerge as biggest threat to another Juventus title 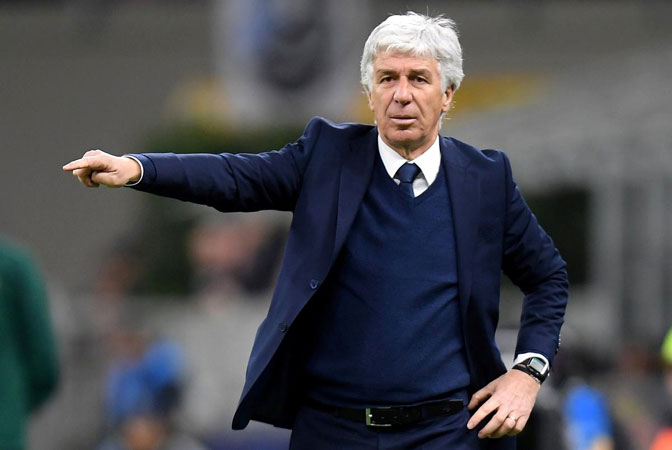 MILAN: Atalanta coach Gian Piero Gasperini insists he is not thinking of the Serie A title but, with nine successive league wins behind them, his hugely entertaining side have emerged as the most likely threat to leaders Juventus. The two sides clash on Saturday and third-placed Atalanta, who boast Serie A’s best attack with 85 goals scored, will cut the gap between themselves and Juventus to six points if they extend their remarkable run. With six matches left after that, it is still unlikely they could catch Juve, but they could certainly make the titleholders uncomfortable, especially following Tuesday’s 4-2 defeat at AC Milan when coach Maurizio Sarri said his team suffered a blackout.

Juventus, with 75 points and chasing a ninth successive title, have a seven-point lead over second-placed Lazio. Atalanta follow on 66 and Inter Milan are fourth with 65. Lazio, struggling with injuries and suspensions, have lost three out of five matches since the season re-started nearly one month ago and looked a spent force during their 2-1 defeat at lowly Lecce on Tuesday. They host in-form Sassuolo on Saturday in the early kick-off where the high temperature is likely to add to their problems. Inter Milan, meanwhile, have made a habit of dropping points in games they should have won, including Thursday’s 2-2 draw at Verona where they conceded an equaliser five minutes from time. Their exasperated coach Antonio Conte already appears to be planning ahead to next season.

“The title? It’s not a word that is really buzzing around in my head, everything is still the hands of Juventus,” said Gasperini after his side beat Sampdoria 2-0 on Wednesday. “It’s clear that if you win all the games like we’re doing, we’ll make up ground – we want to make mathematically sure of qualifying for the Champions League, that is the first step.” However, nothing can be completely ruled out where Gasperini is involved. The 62-year-old has overseen a remarkable transformation at what is usually a middle-of-the-table team. “I’m sure he is really thinking of the title,” said Verona coach Ivan Juric. “He’s been underestimated for years. We all steal ideas from him, including me and even abroad. He’s had the courage to implant a different kind of football. “He’s one of best – for me, it’s (Juergen) Klopp, (Pep) Guardiola, then him”.