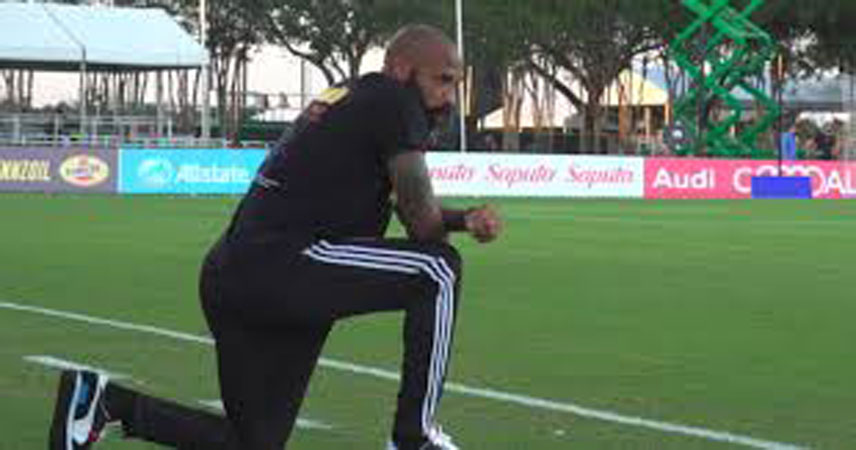 ORLANDO: Montreal Impact manager Thierry Henry took a knee for eight minutes and 46 seconds at the start of their Major League Soccer game against New England on Thursday to show his support for the campaign against social injustice. Henry, who also wore a T-shirt with the slogan ‘Black Lives Matter’, took a knee inside his technical area at kick-off in memory of George Floyd, a Black man who died after a white police officer knelt on his neck for the same amount of time. “Well I sat down for eight minutes and 46 seconds, I guess you guys know why. So that was just to pay tribute and show support to the cause, that was basically it and pretty simple,” Henry said at a post-match news conference. The former Arsenal and France striker had called last month for urgent action to be taken to stop racism in the wake of Floyd’s death. Impact lost 1-0 in Thursday’s game, their opener in the “MLS Is Back” tournament.