* Hanks, who also wrote the screenplay, loves this kind of authentic military adventure 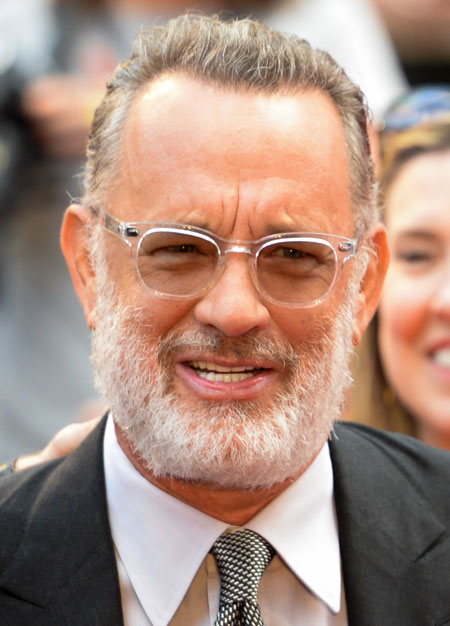 If a patriotic, proudly square tale of military courage under fire is what you’re looking for in these pandemic times, Greyhound should float your boat.

It’s early WWII action in the North Atlantic, with Tom Hanks tackling the role of Captain Ernest Krause, a Navy career officer taking his first command. His vessel: the USS Keeling, a Fletcher-class destroyer with the codename Greyhound. Krause’s mission is escorting and protecting an Allied convoy of 37 troop and supply ships that must dodge a wolf pack of German U-boats to reach its destination in Liverpool. That requires crossing the notoriously dangerous “Black Pit,” a stretch of ocean so remote that it can’t be protected by air cover for these two days of travel time. Directed with diligence but little flair by Aaron Schneider, this tension-on-the-high-seas drama covers those 50 desperate hours.

Hanks, who also wrote the screenplay, loves this kind of authentic military adventure. Here’s the thing: Greyhound isn’t factual. It was dreamed up by CS Forester for his 1955 novel, The Good Shepherd. But the Battle of the Atlantic, which ran from 1939 till the Nazi defeat in 1945? That was real as hell. And as the screenwriter, leading player and head of the production company behind the film, Hanks adheres to the logistics of war and the can-do attitude of the soldiers who fought it.

All of which is admirable, as far as it goes. The trouble does not emerge from the movie’s noble intentions, but from the stodgy manner in which they play out. Set in February of 1942, the film feels like it could have been made that same year.

All of which is admirable, as far as it goes. The trouble does not emerge from the movie’s noble intentions, but from the stodgy manner in which they play out. Set in February of 1942, the film feels like it could have been made that same year

Hanks, portraying a man of faith on the verge of losing faith in himself, is the one element in the film that raises the bar. In a hotel, just before he ships out, Krause meets up with his lady love Evelyn. She gifts him with monogrammed slippers, but declines his offer of marriage for another time when war doesn’t wreak havoc with relationships. His hurt is visible only in a flicker. This is a man who carries on.

That he does. As German subs start picking off his ships – the outwardly exciting scenes of mortar fire and torpedo ducking are hobbled by some crudely obvious CGI – Krause feels the weight of his inexperience. On the radio, the voice of a German officer spews out threats. But if Krause is rattled, he purposely doesn’t show it. Through subtle shifts in posture and vocal inflection, Hanks reveals the emotional toll his insecurities are taking on his command and his own increasingly fragile ego.

The tension Krause feels in making snap, life-or-death decisions is noticed but not remarked on by his navigator Cole. It’s the words that are unspoken that that are unmistakably felt. Hanks’ script, his first on a film he didn’t also direct, leans heavily on Navy jargon, but less so on character development. Rob Morgan gets in a few innings as George Cleveland, the black galley steward who sees the fault lines in the skipper when he asks to wear Evelyn’s monogrammed slippers to ease the ache in more than his feet. But the young crew members, including one played by the star’s son, Chet Hanks, tend to get lost in the bigger picture. At a scant 90 minutes, Greyhound could have used additional time to stretch out, dig deeper and bring us close to more than one man on board. The subtlety of the Hanks performance, amid the chaos of war, is what carries the day.