* Mark-up on bank loans for houses up to five and 10 marlas will be five and seven percent respectively
* Investors, builders and people can avail concessions for construction industry until December 31 this year 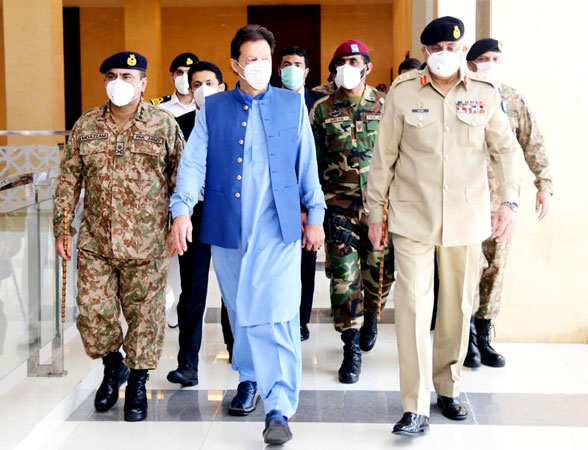 Prime Minister Imran Khan on Friday announced an incentives package for the construction industry, including subsidy on five and 10-marla houses, allocation of 5% bank finance for house-building and a one-window operation to facilitate builders.

Chairing the first meeting of newly established National Coordination Committee on Housing here, the prime minister said the decisions were taken to boost the construction industry for economic revival in times of the coronavirus pandemic. He said for the construction of affordable houses for middle and lower classes under the Naya Pakistan Housing Project, an amount of Rs 30 billion has been allocated as subsidy for its initial phase. He said the mark-up on bank loans for houses up to five and 10 marlas will be five and seven percent respectively.

Imran Khan said the world over, loans for the housing sector are easily available, while the process in Pakistan is quite cumbersome. He said the new committee will also play its role in removing hiccups in the process relating to the State Bank of Pakistan and commercial banks on house building finance. He said in consultation with all the provinces, the federal government has decided to cut down the number of no objection certificates (NOCs) required for the construction industry. He said a web portal will provide a one-window operation in this regard while certain time limits have also been put in place to ensure there are no extraordinary delays in the process.

The prime minister said the objective of the committee is to provide low-cost housing to the people who cannot afford a house of their own. It will also simplify the laws related to the construction industry and for easing of loan disbursement. He said the construction industry in Pakistan is facing numerous problems and hurdles, and added that the committee will remove the bottlenecks and ensure that the industry can move ahead at full speed without any hitches.

Separately, Prime Minister Imran Khan on Friday principally approved the second phase of National Action Plan for Locust Control, deciding that the affected farmers will also be compensated through the package. In a briefing during his visit at National Locust Control Centre (NLCC) here, the prime minister said the government will undertake every possible effort for locust control since it involves country’s food security.

Imran Khan said the locust attack combined with Covid-19 is a huge challenge for the Pakistan and emphasized a coordinated national response of federal and provincial governments and organisations to cope with the expected locust swarm to protect crops. The meeting was told that the first phase of the National Action Plan for Locust Control has been completed.

The prime minister was also briefed about the coordinated efforts being made for monitoring, survey and control, inter-organizational coordination, resource allocation and mobilization and awareness campaign for locust control at national, provincial and district level. The meeting was informed that due to the trans-boundary nature of locust swarm movement; close liaison with the United Nations Food and Agriculture Organisation (FAO) and affected countries in the region was being maintained to take timely pre-emptive measures.

The prime minister appreciated the governments of China, Japan and UK for providing technical and other assistance for locust control.

It was informed that a locust swarm movement is expected from Horn of Africa via Iran and another from India, for which necessary measures are in place. The prime minister appreciated timely and coordinated response of federal and provincial governments, including Pakistan Army for effectively controlling locust attack and use of indigenously developed equipment.