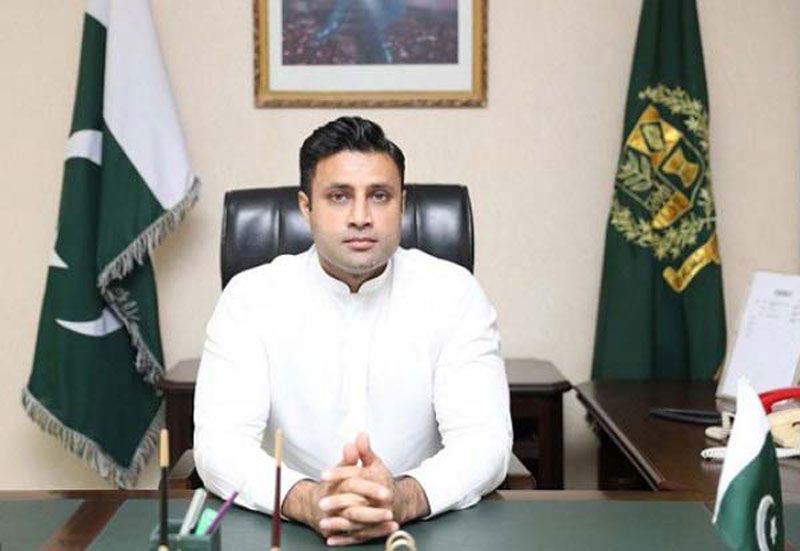 ISLAMABAD: Special Assistant to the Prime Minister (SAPM) on Overseas Pakistanis and Human Resource Development (OP&HRD) Sayed Zulfikar Abbas Bukhari Friday said the government would soon launch ‘EOBI Sahulat Card’ to provide up to 10 percent subsidy to its 8 million beneficiaries on purchase of staple food from the utility stores.

The agreement to this effect was signed by the heads of Employees’ Old-Age Benefits Institution (EOBI) and Utility Stores Corporation (USC) here to materialize the initiative of the OP&HRD ministry.

“The partnership between EOBI and USC is a landmark initiative for giving an impetus to the government departments’ efforts in materializing the vision of Prime Minister Imran Khan to transform the country into a Madina-like welfare state,” he told the media here.

Zulfikar Bukhari said under the project, the card holding EOBI pensioners and insured person would get a subsidy of about Rs 1,000 per month on five essential food items such as wheat flour, oil, rice, grains and pulse.

He said within just 20 months of its term, the government had increased the annuity of EOBI pensioners from Rs 5,250 to 8,500 which would be further upped to Rs 15,000 till end of its tenure.

The SAPM said the collaboration between the two organizations was meant to serve low-income people by giving them ration at the low rates. The card holders might even get more than 10 per cent discount on some edibles out of the selected food staples.
Zulfikar Bukhari urged the EOBI registered person to avail the card after its launch as the USC intended to add more facilities under this initiative.

He said an extensive awareness campaign would be launched on electronic, print and social media to aware the EOBI pensioners and insured persons on it to make them get maximum benefit from the opportunity.

EOBI Chairman Azhar Hameed said the ‘EOBI Sahulat Card’ would be launched by early next month (August). “In a first, there will be a soft launch of initiative and hundreds of people would be provided the card.”

Later, the EOBI would start issuing cards to all of its beneficiaries, verified by the National Database and Registration Authority (NADRA).

The USC Chairman Zulqarnain Ali Khan said the initiative was taken on the instruction of Prime Minister Imran Khan who had been strong proponent of uplifting the living standard of downtrodden segment of the society.