Trump faced issues with Asian Americans even before virus 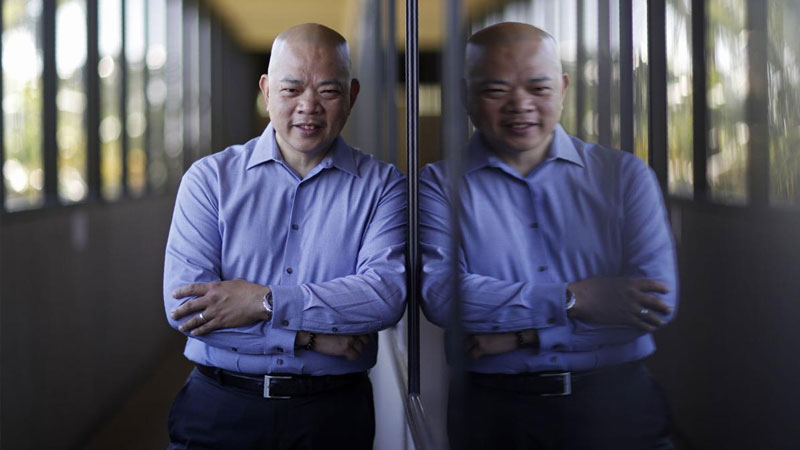 Sonny Vinuya hasn´t decided if he´ll vote again for Donald Trump in the battleground state of Nevada. The Filipino American businessman in Las Vegas is personally offended by the president’s use of a racist slur at recent re-election rallies, where he mocked China and the COVID-19 pandemic´s origins in Asia. But most important to Vinuya is the economy, which has also been sinking into a pandemic-triggered recession despite a robust stimulus package.

Though it´s tough for the registered Republican to swallow the racism against his own community, Vinuya said he doesn´t think Trump is trying to alienate Asian American voters when the president uses derogatory terms at campaign events or continues to call COVID-19 the “Chinese virus.”

The Pew Research Center recently declared Asian Americans to be the fastest-growing racial or ethnic group in the US electorate, but they are also arguably the least competitive voter block for Trump when considering where they live and how they relate to the Republican party.

In Nevada, where Vinuya lives, Asians make up more than 10% of voters in a state both Democrats and Republicans will fight for in the fall.

With his anti-Asian rhetoric, Trump is making the calculation that he has more to gain with his loyal base of older white voters thrilled by his inflammatory statements, than to lose among the Asian American community, said Karthick Ramakrishnan, a public policy professor at the University of California, Riverside and founder of AAPI Data, which tracks Asian Americans.

That´s because Asian Americans largely vote in very blue districts and otherwise non-competitive states, Ramakrishnan said. A third of all such voters live in California alone.

“Part of the reason we don´t see very much outreach is because Asian Americans tend to live in non-competitive states in presidential elections,” Ramakrishnan said.

Trump´s words have angered many Asian Americans and drawn condemnation from Trump´s Democratic rival Joe Biden and former President Barack Obama. Republicans have also denounced the racist slur, notably Kellyanne Conway, a White House counselor who is married to an Asian American, George Conway, whose mother was from the Philippines.

White House Press Secretary Kayleigh McEnany defended the president´s rhetoric, saying he´s not being racist but merely linking the virus to its place of origin. Trump in March also insisted that Asian Americans were “amazing people” and not at fault for spreading the virus.

The coronavirus, as of Thursday, has killed more than 132,000 people in the United States, and 550,000 people total worldwide.

Since the virus took hold of the US in March, advocates have also reported a rise in anti-Asian aggression and violence from people blaming them for the pandemic. A group called Stop AAPI Hate on July 1 said that it has tracked 832 incidents of discrimination and harassment in California over the past 12 weeks.