From South Punjab to South Waziristan

South Waziristan - The Next Tourism destination for Bikers of South Punjab 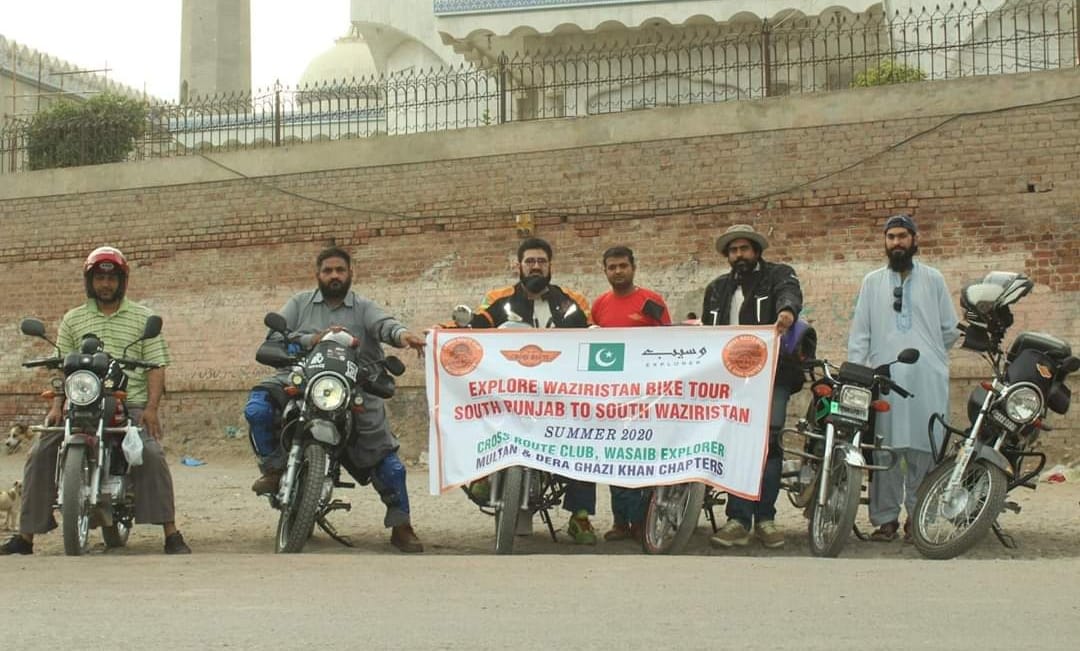 After decline in terrorism, South Waziristan, which was always in media for the war and terror & military operations is now buzzing for the tourism on social media. The security situation of the area is fast returning to normal and the area is becoming hub of tourism day by day. This summer, few clubs of bikers from South Punjab has jointly initiated to explore the unsung beauty of South Waziristan. 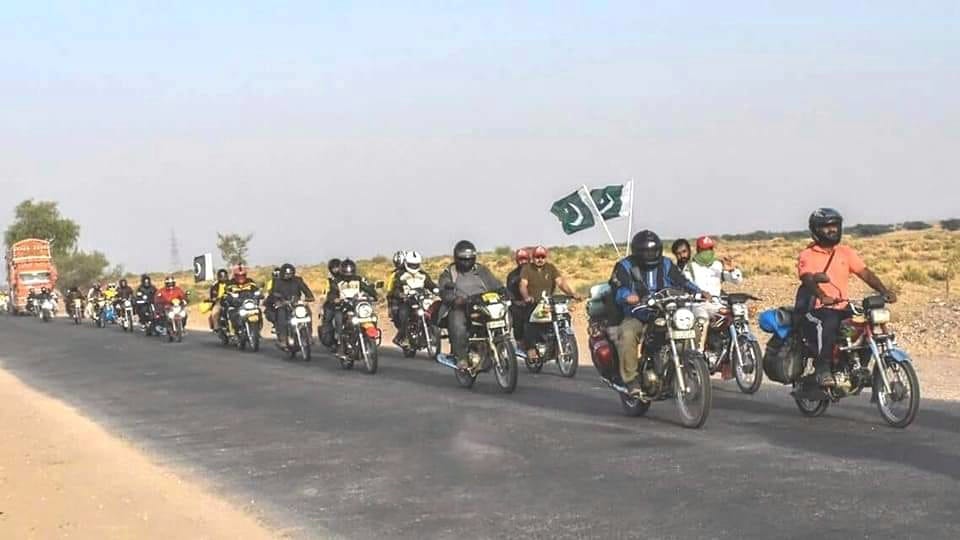 A person carrying Facebook account name Humayoon Zafar, designated as Vice President of Cross Route Motorcycle Travelers Club of Pakistan posted in a tourism group on Facebook narrated that “ The biker caravans are coming from South Punjab to South Waziristan to explore the scenically area with an aim to establish a relationship of friendship, love and affection with the hospitable and peaceful people of Waziristan. 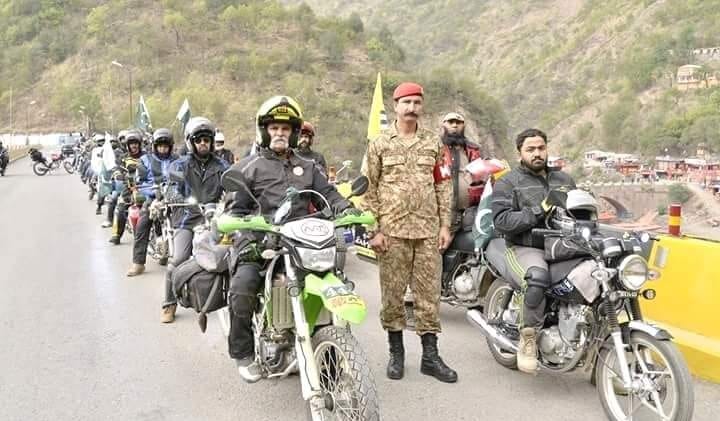 On connecting to Muzamil Hussain, one of the group leader of the biker club on Phone said that “Every year in summer sessions, the Bikers clubs operating in Punjab visit to promote tourism on bikes across Pakistan. This summer, we decided to explore the beauty of South Waziristan. 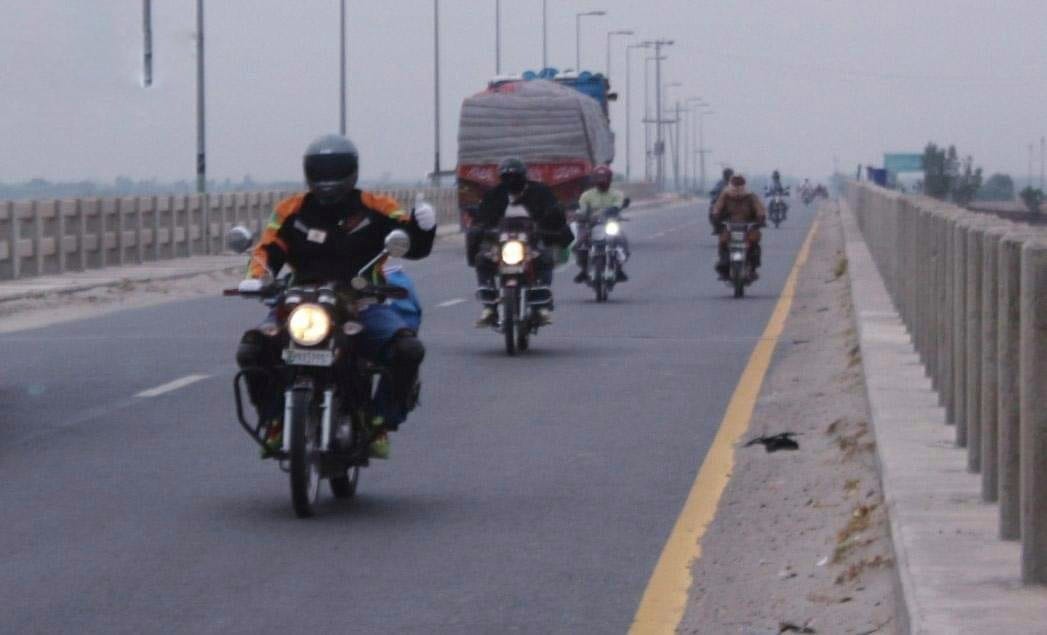 He mentioned a tourism group on Facebook about South Waziristan as motivation to select the destination said that “Despite rampant use of social media amongst our youth, not many photos we have seen emerging out of South Waziristan, but the ones that have been circulating on the internet have captivated everyone’s interest”, Hussain added
He further explained about the event that “We have some five biker clubs from South Punjab with approximately 60 bikers that are visiting South Waziristan and further bikers will be joining the caravans on the way to South Waziristan. He mentioned some tourism destination of the area “So far we have decided to visit Makeen, Razmak, Shawal Valley, Ladha and Kanigram with aim to promote tourism and to tell the world that these places are peaceful and people are peace loving”, Hussain concluded.

Waziristan was once an isolated and remote region in the mountains of northern Pakistan bordering with Afghanistan. After the U.S. led coalition forces attacked Al Qaeda and Taliban infrastructure in Afghanistan beginning in October 2001, the epicenter of global terrorism moved from Afghanistan to tribal areas of Pakistan which was known as the Federally Administered Tribal Area (FATA) in Pakistan.

This region has emerged as the premier hunting ground for the Al Qaeda leadership and Tahreek Taliban Pakistan (TTP) resulting terror attacks across Pakistan. During the time more than 60,000 civilians and 5,000 military personnel were killed by militant activities nationwide, while thousands of others were injured and rendered homeless.

Due to the violent past of the area, Tufail Ahmed, a young social media activist from South Waziristan, launched a Facebook group to spur tourism and erase the stigma. “We launched a Facebook group “Tourism in Waziristan” exclusively for the residents of Waziristan to share posts and photos with the goal of attracting tourists and as a result international biker community from south Punjab are visiting the area as success of the effort on social media”, explained he.
He further elaborate people’s interest in the group said that “we created the group in May 16, this year and has registered record 13,000 members in the first 12 days and now crossing 38,000 members in two months, Ahmed added.
Through Social media, the young activist taking the project aim to promote tourism industry and rebranding the region that “The purpose of the group is not limited to attracting tourists by publicizing the region’s natural beauty, tourist spots and historical places but also to rebrand Waziristan by removing the stigma of terror and violence that has been associated with the area and its population, Tufail concluded.

The government of Khyber Pakhtunkhwa has already identified 25 sites for infrastructural development of tourism across tribal area of Pakistan after post-merger. Among them South Waziristan has potential to attract tourists across the country. According to the government led tourism website, the main areas of attraction in South Waziristan district are Makeen, Shawal, Razmak, Ladha, Badar, Kanigram and Shagai because of their lush green landscapes with extensive valleys surrounded on all sides by hills.

Hamza Mahsud, is a journalist and Chief Editor of tribal Border News healing from South Waziristan informed that “this summer has seen a massive influx of tourist for tourism in South Waziristan with majority of tourists belonging to Khyber Pakhtunkhwa and Punjab areas of Pakistan. He explained the current security situation by adding that “the stability of peace with every passing day is improving and it is about time that government of Khyber Paktunkhwa contemplates to explore the unexplored lush green valleys of South Waziristan”

The local journalist are also cautioned tourists to take precautions while vitising tribal areas of Pakistan that “ the tourist must need to take care of the norms and respect cultural values of the region as the land has suffered greatly during war and terror and the sentiments of people of tribal area are restricted to cultural norms. Mahsud concluded with environmental perspective of tourism by stating that “Tourists also need to keep the environment clean as possible for beauty of the area”

In group of tourism on facebook welcoming the bikers club. Many people are appreciating the efforts of the biker clubs commenting that Pakistan’s first international-level biker community, led by Mukarram Tareen, is welcome to visit Waziristan, which will have a lasting impact on Waziristan tourism.