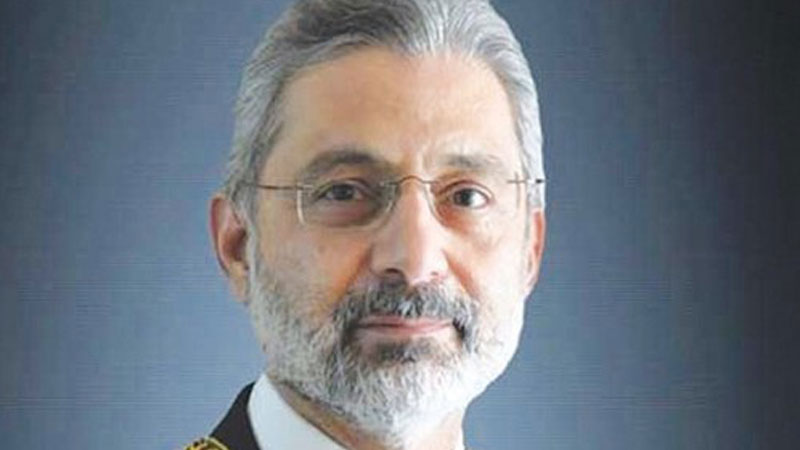 She spent 50 minutes at the office and handed over documents related to her assets. The Isas’ assets have become the subject of debate ever since a presidential reference was filed against Justice Isa for not declaring all his assets.

Justice Isa challenged the reference and said his wife and adult children had their own assets and he was not responsible for them. She presented them to Inland Revenue Commissioner Zulfiqar Ahmed.

According to sources, FBR served three separate notices to Sarina Isa (wife), Sehar Isa (daughter) and Arslan Isa (son) last week to explain nature and sources of funds which were used to purchase properties. Wife of Justice Isa appeared before FBR to submit her detailed response before tax authorities about her three properties in London.

On June 18, she revealed details of her London properties to the Supreme Court while recording her statement via video link. According to the judge, his wife and children, have on their names three properties in the W2, E10 and E11 areas of London.

“I faced many difficulties to get the record of these three properties in my name,” she had told the court. The properties were purchased between 2003 and 2013 and banks don’t keep records of more than 10 years.

The money for the purchase was sent from her foreign currency bank account to London. The money was transferred to an account which is only in my name, she added. Sarina had shared that she married Justice Isa on December 25, 1980. “My mother is Spanish and I have a Spanish passport too,” she added.