* FM says China ready to develop relations with US featuring no conflict and confrontation and based on coordination, cooperation and stability 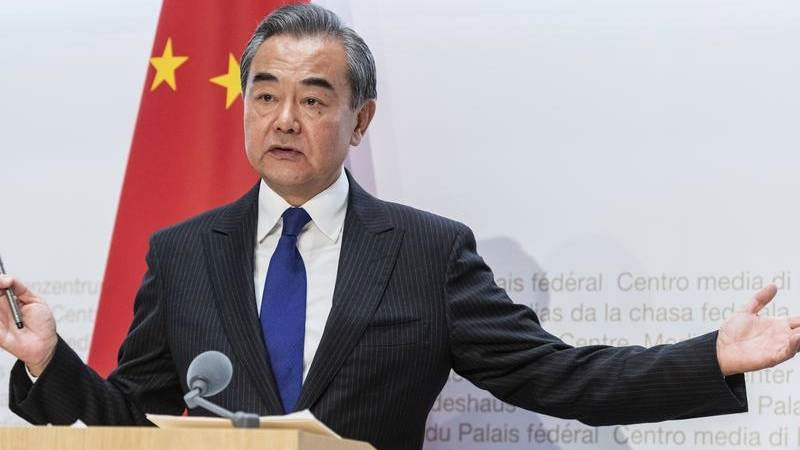 China-US relations are facing their most serious challenge since the establishment of diplomatic ties, Chinese State Councilor and Foreign Minister Wang Yi said on Thursday, noting that he hoped that the US will build a more objective understanding of China and a more rational policy toward the country.

“China-US relations, one of the most consequential bilateral relationships in the world, is faced with the most severe challenge since the establishment of diplomatic ties. Some in the US with ideological biases are resorting to all possible means to portray China as an adversary, and even an enemy. They seek relentlessly to frustrate and contain China’s development, and to impede interactions between China and the US,” he said in his address to the China-US Think Tanks Media Forum. “Will the giant ship of China-US relations be able to stay on the right course in the future after more than four decades of voyage? The question matters not only to the interests of the Chinese and American peoples, but also to the future of the world and humanity,” he said.

“How to set things right and get China-US relations back on track toward long-term, sound and steady development? I would like to offer three observations,” the foreign minister said. “First, China and the US should not seek to remodel each other. Instead, they must work together to find ways to peaceful coexistence of different systems and civilizations,” he said. “Every country takes its development path on the basis of its cultural and historic traditions. China’s path of socialism with Chinese characteristics suits its own national conditions, and it is the choice of the Chinese people,” he further said. “One particular view has been floating around in recent years, alleging that the success of China’s path will be a blow and threat to the Western system and path. This claim is inconsistent with facts, and we do not agree with it. Aggression and expansion are never in the genes of the Chinese nation throughout its 5,000 years of history,” he added. “China will not, and cannot, be another US. The right approach should be to respect, appreciate, learn from, and reinforce each other.”

“Second, China’s US policy remains unchanged. We are still willing to grow China-US relations with goodwill and sincerity,” the foreign minister said. “Some friends in the US might have become suspicious or even wary of a growing China. I’d like to stress here again that China never intends to challenge or replace the US, or have full confrontation with the US,” he further said. What we care most about is to improve the livelihood of our people. “What we deem as the most important is to realize national renewal of the Chinese nation. And what we hope for most is to maintain peace and stability of the world,” he said. “China stands ready to develop a China-US relationship featuring no conflict and confrontation, mutual respect and win-win cooperation based on coordination, cooperation and stability,” he added.

“Third, it is important to have a correct view of the historical experience of China-US relations, and stay the course of dialogue and cooperation,” the foreign minister said. “Some in the US have claimed that the engagement policy over the past decades has been a failure, and that the US has been ripped off in its cooperation with China. That is a comment that disrespects history and conflicts with the fact,” he added.

“In the past 40 years and more since the establishment of diplomatic relations, China and the US have made the best use of their complementarity, and their interests have become highly integrated,” the foreign minister said. “Some say that China-US relations will not be able to return to its past. But that should not mean ignoring the history altogether and starting all over again, let alone impractical decoupling. It should mean building on past achievements and keeping pace with the times,” he went on to say.

“As long as both sides have the positive will to improve and grow this relationship, we will find ways to steer this relationship out of the difficulties and bring it back to the right track,” he said. “To that end, I want to make three suggestions for you to discuss: First, activate and open all the channels of dialogue. The current China policy of the US is based on ill-informed strategic miscalculation, and is fraught with emotions and whims and McCarthyist bigotry,” he said. “Second, review and agree on the lists of interactions. Given the inter-connectedness and complexity of issues, it is useful for the two sides to sit down together, run over them, and draw up the following three lists: The first is a list of cooperation areas. The second is a list of dialogues. The third is a list of issues that need proper management,” he added.

“Third, focus and cooperate on COVID-19 response. Nothing is more precious than human lives. Nothing is more pressing than saving lives,” he said. “The US, for its part, should immediately stop its acts of politicization and stigmatization. It should work with China to promote a global response to save more lives and live up to our international responsibility as two major countries,” he added.