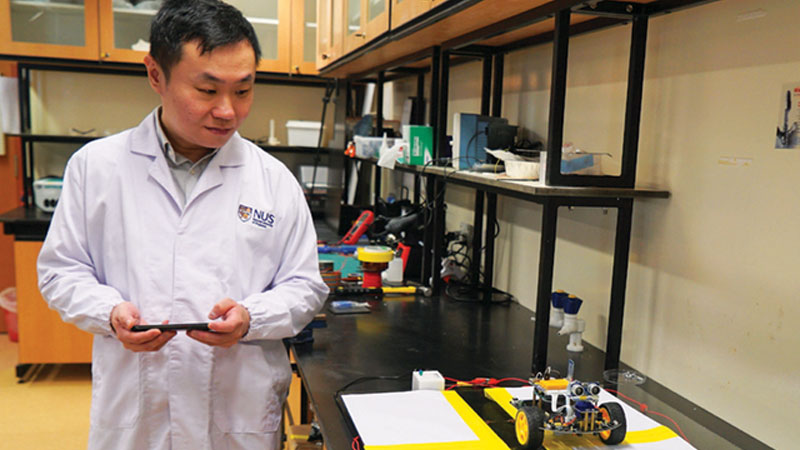 Scientists in Singapore are hoping to perfect a new method of power generation driven largely by shadows, with the hope that it could one day help highly urbanised cities power themselves.

The shadow-effect energy generator (SEG) being developed by the National University of Singapore has the potential to harness power like solar cells, but without needing open spaces with uninterrupted light.

To work effectively, the SEG requires both light and dark and, like solar panels, relies on light to shine on silicon to energise electrons.

However, using panels that feature a thin layer of either gold, silver, platinum or tungsten, the difference in light intensity drives electrons from lit areas towards the shade, creating electricity in the shaded areas. “Our shadow effect generator comes in handy. It can be placed in those areas to harvest obstructed light,” said research team leader Dr Swee Ching Tan.

The research is still in its early stages yet Tan’s team is already thinking about the potential of establishing a company to make SEG available for home use.

The panels the team have been testing are about 6 sq cm in size and capable of producing just 0.25 volts, meaning about 20 are needed to power a light bulb, or charge a cellphone.

The ideal environment for use would be cities, Tan said, with constantly shifting levels of light and shade throughout the day from clusters of tall buildings and the sun’s changing position in the sky.

“It’s not practical to place solar cells in such cities. So the device might come in handy in places like very densely populated cities, where skyscrapers are everywhere, where shadows are always persistent,” Tan said.