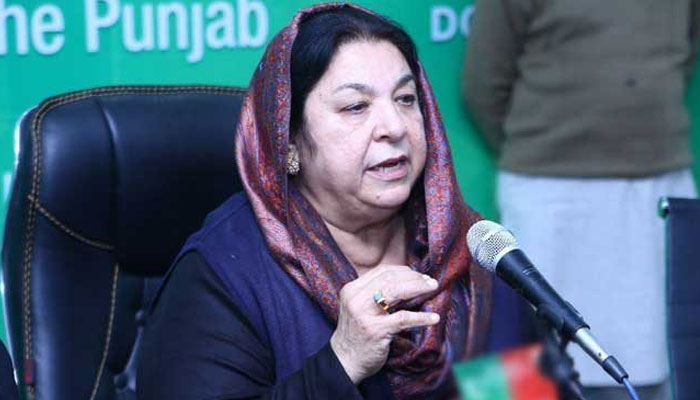 LAHORE: Punjab Health Minister Dr Yasmin Rashid on Thursday claimed that the coronavirus cases in the province peaked in June and were now observing a decline.

The statement comes days after the chief executive of the Mayo Hospital, Professor Dr Asad Aslam, who is leading the Covid-19 campaign in Punjab, made a similar claim, saying that June 12 to 13 was the peak of the virus in the province.

He had said the hospital was receiving 100 critical and serious patients daily on average in the mid of June, which has now declined to around five.

“It appears that the peak time of the pandemic has passed in June,” Dr Yasmin said while speaking to a media house. She added that a smart lockdown will be enforced in virus hotspots under the government’s new quarantine strategy.

The minister said the smart lockdown enforced in worst-affected areas of Lahore yielded positive results, urging the people to continue taking precautions to keep the disease at bay.

Those recovering from the virus will also have to follow precautions, she said. Dr Yasmin ruled out the possibility of the recovered patients contracting the virus again in the next six months.

According to her, plasma collection facilities have been set up in Lahore and other cities of the province.