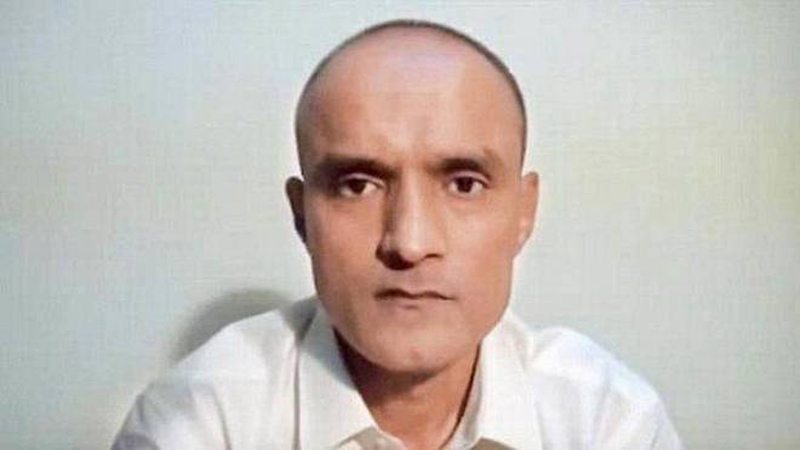 Pakistan on Wednesday invited India to initiate the process of ‘review and reconsideration’ on the sentence of its serving RAW officer Kulbhushan Jadhav as the 60-day time limit following an ordinance by Pakistan ends on July 19.

In compliance with the final verdict of the International Court of Justice (ICJ), Pakistan had enacted an ordinance on May 20, allowing the Indian government, Jadhav and his legal representative to file a review petition in the Islamabad High Court within 60 days. Under the ordinance, called the International Court of Justice Review and Reconsideration Ordinance 2020, a petition for review and reconsideration can be made to Islamabad High Court through an application within 60 days from the date of promulgation of the ordinance i.e May 20,2020

“On June 17, Commander Jadhav was invited to file a petition of review and reconsideration, which he refused and decided to continue with his mercy petition that he had filed soon after his sentence,” Additional Attorney General Ahmed Irfan said while addressing a press conference along with Director General South Asia & SAARC Zahid Hafeez Chaudhry here at the Foreign Office.

Jadhav, a serving commander of Indian Navy associated with Indian spy agency Research and Analysis Wing (RAW), was arrested on March 3, 2016, from Balochistan on allegations of espionage and terrorism. He was given a death sentence by a Pakistan military court on April 10, 2017.

The additional attorney general said India had requested Pakistan to fight the case through Indian lawyers, however as per legal limitations, only Pakistani lawyers licensed with that particular court can appear before the bench. The Indian side was contacted immediately after the ordinance through a written correspondence, he added. “So far, we cannot say that India has not filed the review petition as legal avenues have still not been exhausted,” he said, expressing hope that India as a responsible state will proceed with the matter.

The additional attorney general said the government of Pakistan is not aware if India has engaged any lawyer to file a petition of review and reconsideration against sentence to Kulbhushan Jadhav. He mentioned probabilities of filing the review petition by any of the three modes, i.e. by Jadhav himself, by his legally authorized lawyer or the by the government of India.

He expressed hope that instead of using dilatory tactics and playing politics over the issue, India would follow the due legal process and cooperate with the courts in Pakistan to give effect to the ICJ’s judgement.

Director General South Asia and SAARC Zahid Hafeez said Pakistan has already offered India the second consular access to Commander Kulbhushan Jadhav. He said usually the consular access is granted once, however Pakistan as a ‘humanitarian gesture’ is extending another such offer for the second time. This time, he said, the offer has been made for Jadhav’s meeting with his wife and father.

Earlier, a meeting was arranged between his wife and mother on December 25, 2017, in Islamabad.

Zahid Hafeez said it is obligatory upon the government of Pakistan to inform Kulbhushan Jadhav about his rights under Article 36 of Vienna Convention and also provide him access of legal representation. He said Pakistan has taken a number of measures to comply with the decision of the ICJ. He said on August 2, Pakistan invited India for consular access, to which the latter responded after one month.

To a question on how Pakistan is apprising the world about India’s involvement in terrorist activities, he said international community is cognizant of such heinous acts on part of India. Pakistan will continue to expose Indian and RAW-sponsored designs at international level, he added.

India claims Jadhav retired from the navy in 2001 and was running a ‘logistics’ business in the Iranian port of Chabahar. New Delhi insists he was taken captive in Iran before being moved to Pakistan and then forced to confess. India then approached the UN court to intervene saying his trial had been unfair and Pakistan had denied him diplomatic assistance. Pakistan maintained that a treaty between the neighbours did not oblige it to allow diplomatic assistance for those suspected of being spies or terrorists. The ICJ decision was a favourable outcome for Pakistan as the court rejected all remedies sought by India, which included the annulment of the military court decision convicting Jadhav, restricting Pakistan from executing the sentence, securing Jadhav’s release and ordering his return to India.