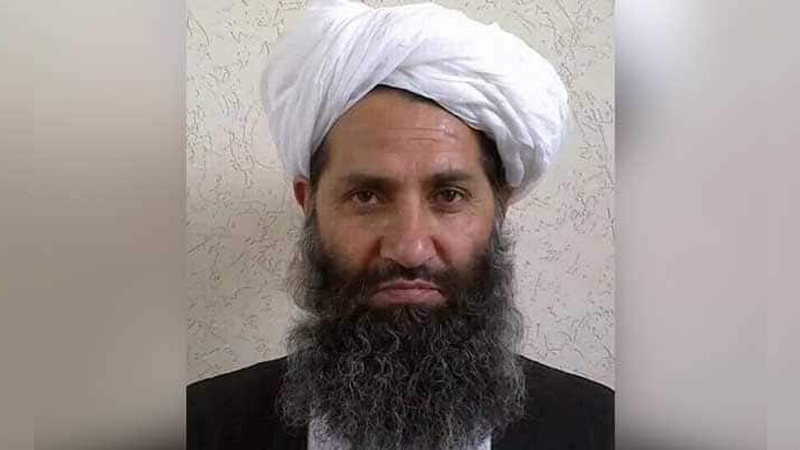 Taliban supreme leader Mawlawi Hibatullah Akhundzada has inducted four more senior members of the high level “Rehbari Shura” or leadership council into the Qatar-based political to tighten his control over the political affairs and make the team more powerful ahead of the key negotiations, two Taliban members have confirmed.

The 20-member negotiation team has now 13 members from the leadership council, according to a list available with Daily Times.

“The amir-ul-momineen (commander of faithful) has further tightened control over political affairs as majority of the shura members are now part of the negotiation team, who will directly report to him and the members will be out of control of others’ influence,” a Taliban leader told Daily Times on Wednesday.

Hibatullah took the decision nearly two months after he appointed Mullah Yaqoob, eldest son of the Taliban founder Mullah Omar, as head of the Taliban political commission, to stop “unauthorized” contacts with the military commanders by a senior leader.

The two Taliban leaders, speaking on condition of anonymity, said the negotiation team is now in a strong position to take decisions independently and that the Taliban chief will have no problem with the new team as he has the most trusted people in the team.

The negotiation team members will not seek approval either from the chief or the leadership council for the decisions in the intra-Afghan dialogue, said a Taliban leader, who referred to certain previous decisions by the political representatives led by Mullah Abdul Ghani Baradar, head of the political office.

The leadership council had condemned the political envoys when they had accepted President Donald Trump’s invitation to Baradar and his team for a visit to the US in August last year. The leadership council had also angrily reacted when Baradar agreed to a 14-month timeframe for withdrawal of all foreign troops as the Taliban leaders wanted less time for the withdrawal.

Sheikh Abdul Hakeem Ishaqzai, the current chief justice of the Taliban, is among the newly inducted members, who is considered the most confidant of the Taliban chief.

Other members include Sheikh Noor Muhammad Saqib, chief justice of the Taliban during their rule, Maulvi Abdul Kabeer Zadran, former chief of eastern zone and ex-governor of Nangarhar and Mullah Shireen Noorzai, who has served as military affairs in-charge of eastern provinces and as security guard of the Taliban founder Mullah Omar.

“As the negotiation team has now trusted people of Sheikh sahib (Taliban chief), there would be more chances of success of the negotiations among Afghans,” a Taliban leader said, while referring to the intra-Afghan dialogue.

The talks were scheduled to start on March 10 but the Taliban refused to join the process unless the Afghan government released 5,000 Taliban prisoners.

Afghan officials now argue that there are 500 plus prisoners either their crimes need family forgiveness or they are accused of serious crimes including murder.

Taliban spokesman Zabihullah Mujahid, however, says that the Kabul administration is “creating hurdles” for the release of prisoners under the Doha agreement.

“The Kabul administration has been making excuses for four months. Earlier they (Afghan officials) said they will not release 15 of our prisoners. Now they say about 500 prisoners will not be released. This is not acceptable to us,” Mujahid said in reported comments.

With the induction of new members, the Taliban chief has also given representation to major tribes in the negotiation team.

Besides the four shura members, another shura member Sheikh Mohammad Qasim Turkman, was made member of the negotiation team last month after Hibatullah withdrew Amir Khan Mutaqqi, former information minister for unknown reasons. Mutaqqi also served as secretary at the office of the Taliban chief.

Although no decision has yet been taken as to who would lead the new negotiation team in the intra-Afghan dialogue, a Taliban official says Hakeem is expected to be appointed as the new leader of the political team.

Hakeem, who is the right hand of Sheikh Haibatullah, is considered to be one of the few influential leaders in the Taliban hierarchy. The Taliban chief routinely seeks opinion of Hakeem on key issues. It was a three-member team of senior clerics under Hakeem, who had approved a week-long reduction in violence before signing of the agreement with the US in February.

The Afghan government has already announced a 21-member team for negotiations with the Taliban under the leadership of Masoom Stanekzai, the former intelligence chief.

Dr. Abdullah Abdullah, Chairman of the High Council for National Reconciliation, will now head up the whole peace process with the Taliban.

Afghan government’s refusal to release about 600 Taliban prisoners could further delay intra-Afghan negotiations, which were initially scheduled to start on March 10 under the Taliban-US agreement.