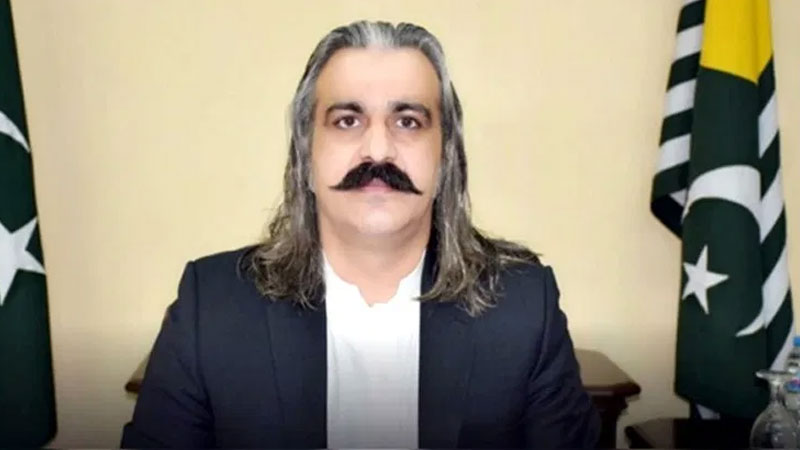 Burhan has given a new life to the Kashmir independence movement by sacrificing his life and now has become a symbol of freedom and courage for the Kashmiri people, the minister said in a message on his fourth martyrdom anniversary being observed in both sides of the Line of Control.

Gandapur said world must stop Indian brutalities as the atrocities of the occupying forces were increasing day by day in the Indian Occupied Jammu and Kashmir (IoJ&K) and thousands of Kashmiris were being killed in fake encounters.

Condemning the recent killing of a civilian in front of his 3-year-old grandson by the Indian forces in the Sopore area of IoJ&K, he said, the heart-wrenching photo of a toddler crying on the chest of his dead grandfather speaks volumes about India’s fascism and its racial undercurrents.

He added that the picture of the toddler looking shell-shocked on the blood-soaked corpse of his dead grandfather was sufficient enough to stir the world’s conscience.

India must acknowledge its defeat in front of the determination and courage of Kashmiri youth as it did not oppress their freedom struggle despite tyranny and barbarism, he added.

Prime Minister Imran Khan, he said would continue to support Kashmiri brothers, morally, diplomatically and would highlight their plight before the world as their ambassador and lawyer.

Meanwhile, Mushaal Hussein Mullick, wife of Hurriyat leader Yasin Malik Wednesday while paying tributes to the Kashmiri youth leader, Burhan Muzaffar Wani on his fourth martyrdom anniversary, said he was a revolutionary symbol and an icon who presented exemplary sacrifices for the Kashmir cause.

Talking to a private news channel, she said the blood of Kashmiri leader Burhan Wani would not go waste and their mission would be accomplished at all costs.

She hailed the spirits of the Kashmiri people who were determined to take their freedom movement to its logical conclusion, adding, Burhan Wani was a great son of soil who laid down his life for the freedom of Kashmiri people.

She said Burhan Wani’s blood would become source of Kashmir independence and the Indian atrocities were condemnable on the death anniversary of Burhan Wani.

Mushaal also offered a special prayer for Burhan Wani and other Kashmiris martyrs.

“Burhan Wani had become a symbol of Kashmir liberation struggle. Let us pledge on the day of his anniversary that we will spare no efforts in carrying on his mission until its success,” she said.

She said that India was applying all cheap tactics to suppress Kashmiris’ resistance but would never succeed and the people of Kashmir would continue their struggle till taking it to its logical conclusion.

She further said the attitude of Indian forces was completely non-professional and irresponsible. The Indian forces were using pellet guns on innocent Kashmiris which was banned for use on human beings.

We need to take measures on war footings to counter any Indian aggression, she said.

“We need to have more friends like Malaysia, Turkey and China that can support the narrative of Pakistan on Kashmir dispute as Indian government was continuously irritating their neighbor countries as well”, she added.

She suggested that we should extend our diplomatic efforts at all international forums including the UNSC, EU, OIC and others to expose Indian policies before the world.

Pakistani Kashmir Committee should become more active for preparing 5 years strategy and it should take all Indian Occupied Kashmiri leaders on board, she added.

She said India was committing inhuman acts in IOK, which was violation of international law and also grave violation of fundamental rights of Kashmiri people.

Modi was following the agenda of RSS, which was based on Muslim hatred and Hindu fundamentalism, she mentioned.

The world powers had folded a blind eye towards the issue of Kashmir for strategic and economic interests, she said, adding, negotiated settlement of the Kashmir dispute was vital for regional peace and stability.

She appealed to the international community and the UN to unleash their preventive diplomacy to redeem the right of self determination to the people of Jammu and Kashmir.