Educational institutions across country may open in first week of September 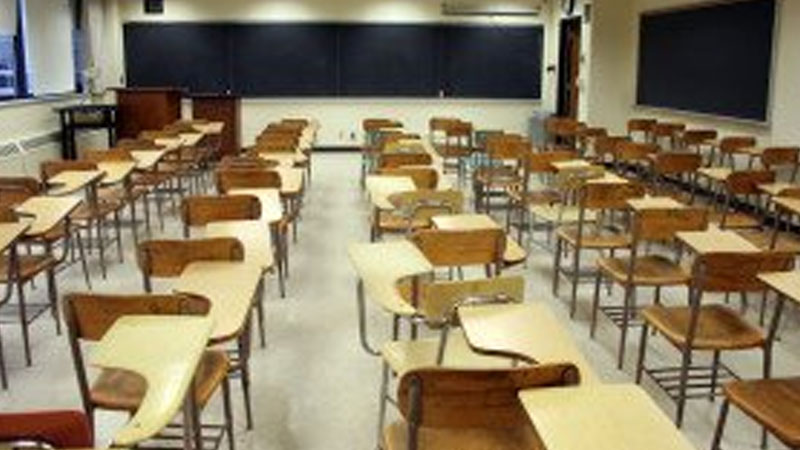 The Inter-Provincial Education Ministers Conference on Wednesday unanimously declared that the final decision regarding reopening of the educational institutions across the country in September would be taken as per recommendations from National Command and Operation Centre (NCOC).

Although Minister for Education Shafqat Mehmood, who chaired the meeting, did not respond to repeated attempts of the calls and messages by Daily Times but a senior official of the ministry who was part of the meeting disclosed with condition of anonymity that the brass decided to call another IPC meeting for final decision and the recommendations would be forwarded to the NCC that would take some certain sort of decision keeping in view of the death ratio due to the pandemic on that time.

He said that there have been deliberations on some suggestions to open educational institutions from September. However, these are not finally approved. According to the official, it was suggested by some sections that the institutions can be opened under strict implantation of the standard operating procedures (SOPs) in the institutions from the first week of September similarly as the markets or commencement of other activities are allowed by the government.

When contacted education ministry media officer Muhammad Ali Shah said that around 20 points are came under discussion in the meeting. “All details in this regard would be shared by the Shafqat Mehmood at the presser scheduled for today (Thursday).”, he claimed.

According to the ministry of education, the decision was taken at the Interprovincial Education Ministers Conference held here with Minister for Education Shafqat Mehmood in chair. The meeting was attended by the Federal Secretary Education, Parliamentary Secretary, all provincial education ministers and representatives from Higher Education Commission’s (HEC) and regulatory body in Islamabad Capital Territory, Private Educational Institutions Regulatory Authority’s (PEIRA).

Last month, Shafqat Mahmood had hinted at a presser that the government was considering opening schools with implementation of SOPs and suggestions had been sought from the seminaries (Madaris) and private institutions of all provinces, including Azad Jammu and Kashmir and Gilgit-Baltistan.

The education minister had added that the education ministry, through UNICEF, was in consultation with those countries which had opened schools under various SOPs. “Consultations were also being held with UNICEF on the policy of the government,” he had claimed.

Before this, the government had decided to promote all students enrolled in class 9th and first year of the intermediate to next class respectively. The decision was taken in consultation with 29 Boards and other stakeholders. They deliberated on the Promotion policy of the students enrolled in the SSC and Intermediate classes amidst when all academic institutions are closed as precautionary measures in COVID-19 pandemic.

The sources disclosed that recommendations would also be given on devising a policy to determine whether the students who have flunked in two or three papers in Class IX or first year intermediate examinations could be promoted.

Usually, students who fail in some papers in Class IX but are promoted, have to give combined examinations. Same goes for intermediate exams.

The said Boards also submitted in all provinces also submitted some detailed statistics of the students studying in Matriculation and Intermediate grades on the basis of which the results of each Board for the last three years would be reviewed and the candidates would be promoted according to the proportion of their marks.

Meanwhile, after the lockdown the institutions government had announced a 20 percent concession in fee in the schools charging more than Rs 5000 per month. But so far, as per information sought by this scribe, except few private schools none of the schools complied with the government directives for fee concession to the parents.