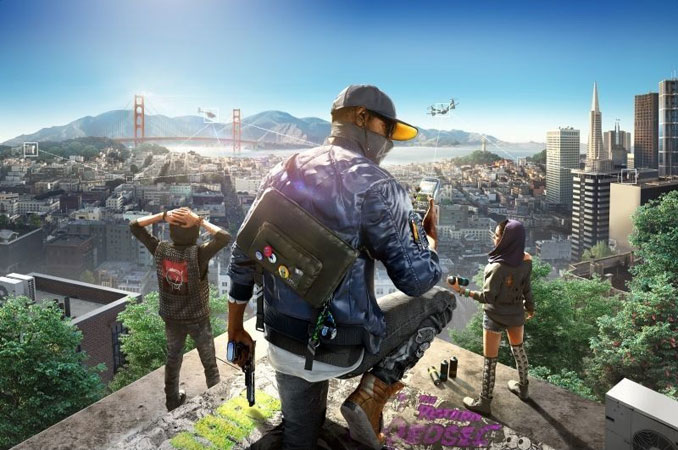 Video game company Ubisoft will be stress-testing its digital storefront after announcing a 75-minute giveaway of “Watch Dogs 2” during part of its July 12 Ubisoft Forward showcase.

Starting at 8:30pm CEST (6:30pm UTC), the entire pre-show, main show and post-show event lasts for approximately an hour and a half, and for most of that Ubisoft is inviting PC gamers to log in with their Uplay account to claim a free copy of “Watch Dogs 2.”

The offer goes live during the pre-show, after a demonstration of racing game “Trackmania,” and finishes at the end of the main show. A post-show segment is scheduled to begin 1 hour and 15 minutes after the pre-show gets under way.

and, despite the closure of Microsoft’s streaming service on July 22, mixer.com/ubisoft.

“Watch Dogs 2,” a 2016 open-world action game, was received as a more optimistic take on the “Grand Theft Auto V” model.

It is being followed up by “Watch Dogs: Legion,” currently expected to release by the end of March 2021 on PlayStation 4, Xbox One, PlayStation 5, Xbox Series X, PC and Google Stadia.

A high-profile giveaway of such limited duration is unusual.

The Epic Game Store, for example, is operated by the company behind enormous console, computer and mobile hit “Fortnite,” with EGS giveaways open for a week.

Nevertheless, EGS struggled when “Grand Theft Auto V” became the focus of attention for seven days in May.

“Hyper Scape,” announced last week, is to open its doors to all on July 12. The Battle Royale exists in the same genre space as “Fortnite” and has players leaping and bounding around Neo Arcadia, a sci-fi vision of Paris.

As well as “Trackmania,” and the beginning of that “Watch Dogs 2” offer, the pre-show also contains content relating to “Ghost Recon Breakpoint,” “Just Dance 2020” and “The Division 2,” while the post-show will bring viewers further into “Assassin’s Creed Valhalla” and “Hyper Scape.”

Ubisoft has been caught up in a new wave of revelations about abusive and manipulative conditions within the video game and streaming industries.

It’s not known if or how Ubisoft might address these grave concerns during the broadcast. One vice president has resigned, another has been placed on administrative leave, and a prominent game director has stepped down.

The company’s CEO has promised changes in procedure and the establishment of a comprehensive cross-party working group.