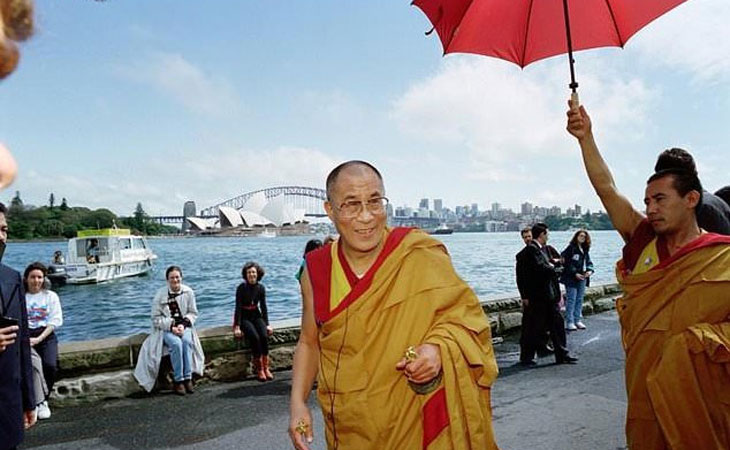 Tibetan spiritual leader the Dalai Lama launched an assault on the music charts on Monday by releasing his first album to mark his 85th birthday. “Inner World”, in which the Dalai Lama chants meditations and Buddhist sayings, was inspired by New Zealand follower Junelle Kunin who spent five years working on the project after persuading him to take part.

The Dalai Lama went to her home in Auckland three times and she recorded some sessions at his residence in Dharamsala in India, where the Tibetan government in exile is based.

“He had a clear vision with this work and has been very committed to it,” Kunin, who produced the music with her husband Abraham, told the Radio New Zealand programme Nine to Noon.

“It’s not a religious project although they are mantras. It’s really just a work to try and benefit people. So I thought about what we need day-to-day — courage and healing and wisdom and so forth so that’s the path we went down.”

The Dalai Lama has won the Nobel Peace prize, is the best-selling author of a number of books and has been depicted in a number of Hollywood movies, but his involvement with music has been rare.

He appeared at the Glastonbury rock festival in England five years ago with US rock singer Patti Smith when she sang for his 80th birthday.

On a video to promote the album, the Dalai Lama was asked why he had agreed to take part, and answers: “I can say the very purpose of my life is to serve as much as I can.”

Lobsang Sangay, president of the Tibetan government-in-exile based in Dharamsala, said he hoped the album would “contribute in calming minds and nerves” of many people as the coronavirus pandemic rages around the world.

He also said the Dalai Lama was making the most of the lockdown and treating it like a “vacation of sorts”.

“The lockdown is very good for him. He can now go into retreat, go through all his scriptures and daily prayers… He is a spiritual in heart. He is getting the needed rest, he is 85 years old,” Sangay told AFP.