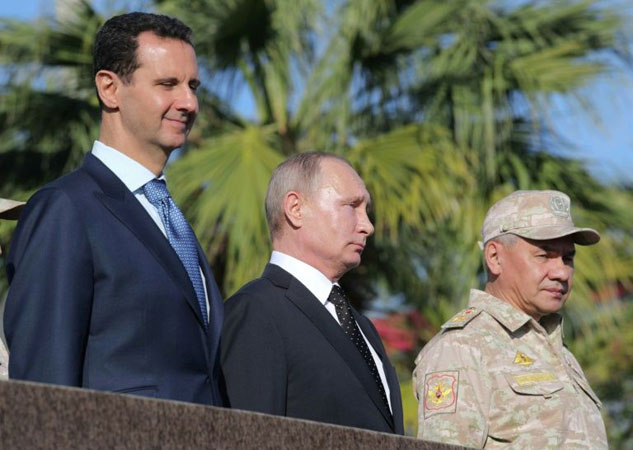 War crimes and possible crimes against humanity were committed during the battle for Syria’s opposition-held Idlib province, a UN investigation said on Tuesday.

The Independent International Commission of Inquiry on Syria said people endured “unfathomable suffering” during the campaign launched in late 2019 by pro-regime forces to retake the last remaining areas in the country held by armed groups.

Syrian President Bashar al-Assad’s regime, supported by Russia, in December relaunched its offensive against the northwestern region, which is dominated by the Hayat Tahrir al-Sham (HTS) jihadist group.

A precarious truce brokered by Russia and rebel-backer Turkey came into force in early March.

The offensive left one million people displaced and more than 500 civilians dead, according to the United Nations.

The 29-page commission report covers the period from November 1 to June 1.

It documents 52 attacks — by all parties — that led to civilian casualties or damage to civilian infrastructure.

They included 17 attacks affecting hospitals and medical facilities, 14 involving schools, nine on markets, and 12 others on homes.

These attacks were “marked by war crimes”, the report said.

“They foreseeably led to massive displacement, as civilians had no choice but to flee, and may amount to crimes against humanity,” the report said.

The report accused both government forces and HTS of pillaging and other war crimes.

Hanny Megally, one of the three people on the commission, said war crimes were likely to have been committed by both the Syrian and Russian air forces.

“We document two incidents where we think it was Russian aeroplanes that conducted those attacks,” he told a virtual press conference.

Pinheiro said there was no explanation as to why such predictable levels of suffering were permitted to proceed.

“It is completely abhorrent that, after more than nine years, civilians continue to be indiscriminately attacked, or even targeted, while going about their daily lives,” he said.

“Pro-government forces and UN-designated terrorists flagrantly violated the laws of war and the rights of Syrian civilians.”