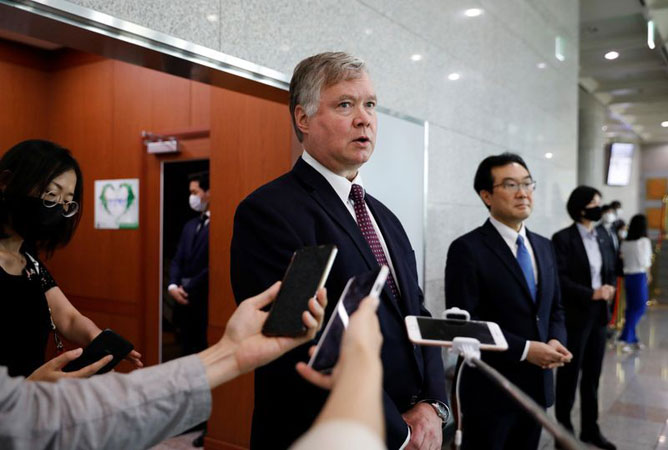 While meeting with South Korean counterparts in Seoul on Wednesday, US Deputy Secretary of State Stephen Biegun rejected reports that he was seeking to meet with North Korean officials during this week’s visit. Biegun’s visit had sparked speculation of a last-ditch effort to try to revive stalled denuclearisation talks ahead of the US presidential election in November. South Korean chief nuclear negotiator Lee Do-hoon said that Biegun had reaffirmed that the United States was willing to be flexible and reach a “balanced agreement” if North Korea resumed talks.