* 'I have been filming the show non-stop for 13 years, 19 seasons and six spin-off seasons,' the mother of three tells the magazine 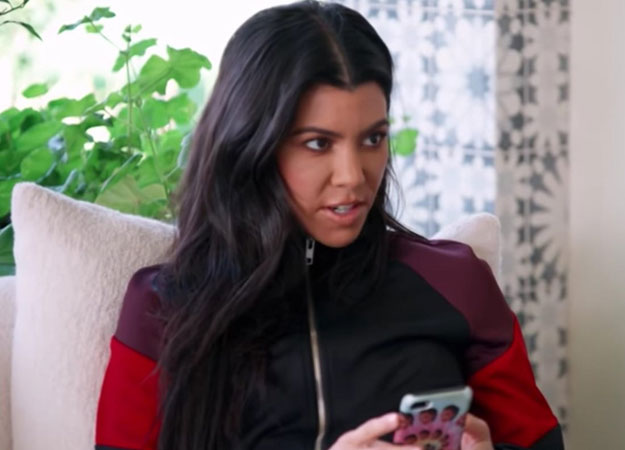 Kourtney Kardashian is doing what makes her happy. The Keeping Up with the Kardashians star articulates this very point in her cover story for the July/August issue of Vogue Arabia. Namely, Kris Jenner’s oldest gets candid about her break from the limelight, including the decision to limit her role on the hit E! docu-series.

“I have been filming the show non-stop for 13 years, 19 seasons and six spin-off seasons. I was feeling unfulfilled and it became a toxic environment for me to continue to have it occupy as much of my life as it was,” the mother of three tells the magazine.

Earlier this year, during a season 18 confessional, Kourtney told the ‘KUWTK’ cameras that she was limiting her role on the show.

Earlier this year, during a Season 18 confessional, Kourtney told the ‘KUWTK’ cameras that she was limiting her role on the show

“I have decided to take a big step back from filming and really just pick and choose what I will allow cameras to follow,” Kourtney shared at the time. “I think just now when I have something that I find is interesting to film, or that I would feel excited to film, that I do that.”

And it seems that the Poosh.com founder has taken to her new situation. In fact, Kourtney handwrote the following for her Vogue Arabia cover: “The power of reclaiming yourself. Kourtney Kardashian sets free.”

Nonetheless, according to the publication, Kourtney made it clear that she is grateful for the time she spent on the show and for the life it’s provided for herself and her children with ex Scott Disick. Speaking of her three kids, Mason, 10, Penelope, 7, and Reign, 5, Kourtney shares how the step back has allowed her to have more family time.

She adds, “I usually take one day on the weekend where we have no plans, we hang out at the house in pajamas or sweats. We sleep in. I like to not be on a schedule on that day.”

Family has always been important to Kourtney, who credits the birth of her first son as the reason she got into health and wellness.

“I started learning about what we put in our bodies and then it was kind of a snowball effect. You can’t unlearn the information,” she shares.

Through her entrepreneurial endeavours, including lobbying for clean beauty, the reality TV veteran has become quite the lifestyle guru.

“I felt like so many people would come to me with questions, ‘Why do you do this?’ or, ‘Why do you believe in this?'” Kourtney recalls.

Thanks to her clean living, Kourtney has zero qualms about getting older.

“I’m not afraid of wrinkles or aging,” Kourtney says. “I do take the best care of my skin I possibly can to keep it functioning in an optimal way, but wrinkles are part of the aging process.” Kourtney’s Vogue Arabia cover comes almost a month after Kylie Jenner and Stormi Webster’s joint Vogue Czechoslovakia cover.