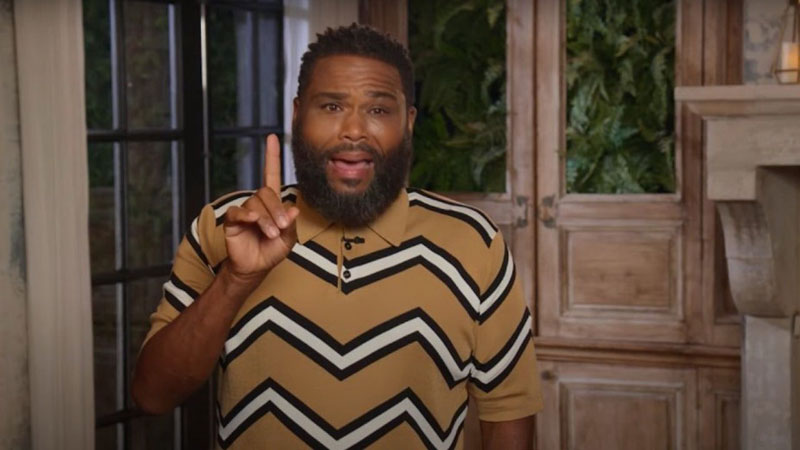 When it came to Kanye West’s 2020 presidential bid, Anthony Anderson did not hold back.

On Monday, the Black-ish star took over hosting duties for Jimmy Kimmel and kicked off his ABC late-night show with a monologue that partially took aim at the Grammy-winning rapper. For fans who aren’t caught up with the weekend news, West took to Twitter on July 4 with a headline-making message.

“We must now realize the promise of America by trusting God, unifying our vision and building our future. I am running for president of the United States! #2020VISION,” the star tweeted.

Anderson took that announcement to task on Monday night, telling viewers, “Wow, President Kanye. That’s right-Yeezy wants to be Preezy and you know, laugh all you want, but this would be historic because, while this country has had a Black president, we’ve never had a crazy Black president.”

The actor continued, “It should be pointed out that Kanye still has to register with the Federal Election Commission, collect enough signatures to get on the ballot, create a campaign platform and he’s already missed the deadline to file as an independent candidate in a bunch of states.”

“But other than that,” Anderson concluded, “he good.”

This is not the first time West has made an announcement about running for president, though none of his previous remarks have ever resulted in an actual run.

While he hasn’t shared further details on his candidacy and campaign this time around, the performer did offer a bit more of his “#2020VISION” on Sunday with a photo of a structure being built.