Scott Disick and Sofia Richie reunite one month after their breakup

* 'Sofia and Scott have always been in touch,' a source tells E! News 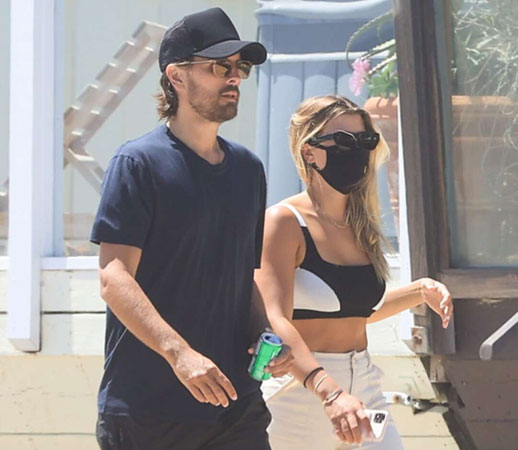 Back on? Scott Disick and Sofia Richie were spotted out together over the Fourth of July weekend. The Keeping Up With the Kardashians star and the daughter of Lionel Richie reunited in Malibu, just over one month after calling it quits. Cameras spotted Scott and Sofia, wearing a mask as advised amid the Coronavirus pandemic, walking on the beach together as they celebrated the holiday.

“Sofia and Scott have always been in touch,” a source tells E! News. “Sofia was giving Scott space to deal with his emotions, but would check in on him frequently during their ‘split’. Scott was adamant about meeting up this past weekend. He expressed he really wanted to see Sofia and they both agreed they had missed each other.”

“Sofia agreed to meet up and thought she had given him ample time to sort out his issues and get help,” the insider continues. “They had a casual lunch together in Malibu and a nice walk on the beach. It felt as if things were normal again and that made Sofia happy.”

The source also adds, “They aren’t back together but have discussed seeing each other again. Sofia wants it to be a slow progression and wants to make sure Scott is in the right headspace. She expressed she missed the kids and that it was good to see Scott in a good place right now.”

‘Sofia agreed to meet up and thought she had given him ample time to sort out his issues and get help,’ the insider continues. ‘They had a casual lunch together in Malibu and a nice walk on the beach’

In late May, E! News confirmed that the reality star and model had split after three years together. However, the exes were still in communication after their breakup. “They are technically ‘split’ but Sofia has been in touch with Scott,” a source shared at the time.

The insider also added that there “wasn’t a fight or anything bad that happened between them,” but Sofia simply wanted to “do her own thing” while Scott “take[s] care of his health.” In early May, Scott-who shares three kids with ex Kourtney Kardashian-briefly entered rehab to work on “past traumas,” but left after a photo of him at the treatment facility was leaked.

As the insider told E! News following their split in May, “Sofia thinks Scott has a lot on his plate right now and thinks it’s best for them to be apart so he can focus on himself. She is only looking out for him and his best interest and it was primarily her decision for them to split. Sofia has been spending time with her family and has taken majority of her stuff out of Scott’s house.”

However, the source did note that “it’s very likely they will reconcile” in the near future, which is why the beach reunion isn’t too much of a surprise.

On Monday, Sofia posted a photo wearing a sweatshirt from Scott’s Talentless company on top of her cowhide swim suit from WeWoreWhat. After seeing Sofia’s post, Scott “liked” the photo, while his company commented on the picture with a fire emoji. So, while Scott and Sofia have yet to officially speak out about their relationship status, this post will likely add even more fuel to reunion rumors.