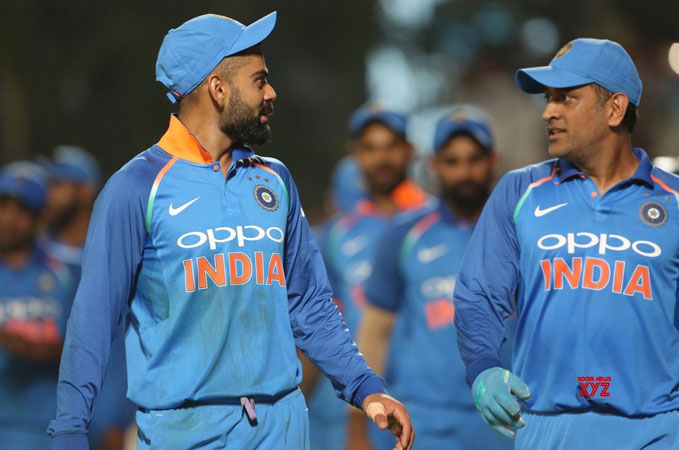 It was cricketer Mahendra Singh Dhoni’s birthday on Tuesday and we thought to take a look back at the time when actress Namrata Shirodkar named him as one of her favourite cricketers.

MS Dhoni or Mahi or Thala Dhoni – he has many names. He has been the most successful captain of the Indian Cricket Team and continues to inspire many.

Recently, Namrata, who is married to superstar Mahesh Babu, conducted an interactive session with fans on Instagram and candidly answered to the queries of her followers.

A user asked her about her favourite cricketers, and she Dhoni and Virat Kohli, who currently captains Team India.

A user asked her about her favourite cricketers, and she Dhoni and Virat Kohli, who currently captains Team India

Asked if she has ever played cricket, Namrata quipped: “Yes, the only difference is it’s called French cricket.”

Dhoni enjoys a huge fan base worldwide. Many celebs have in the past opened up about Dhoni being their favourite cricketer.

Last year, in an interactive session on Twitter, Nidhhi Agerwal too revealed that Dhoni, Kohli and KL Rahul are her favourite cricketers. Dhoni turns 39 today. He hasn’t played for India since the team’s semi-final exit at the 2019 ICC World Cup. However, he captained his Indian Premier League (IPL) team – Chennai Super Kings (CSK) – in the 2019 tournament. Dhoni was all set to make a return as a captain of the CSK in the 2020 edition of IPL, which was postponed indefinitely by the Board of Control for Cricket in India (BCCI) in the wake of coronavirus.

On the personal front, Dhoni resides in Ranchi, Jharkhand, with his wife Sakshi and daughter Ziva. He makes frequent appearances on Sakshi’s Instagram account.