Voting in time of the coronavirus, Singaporeans question foreign hires 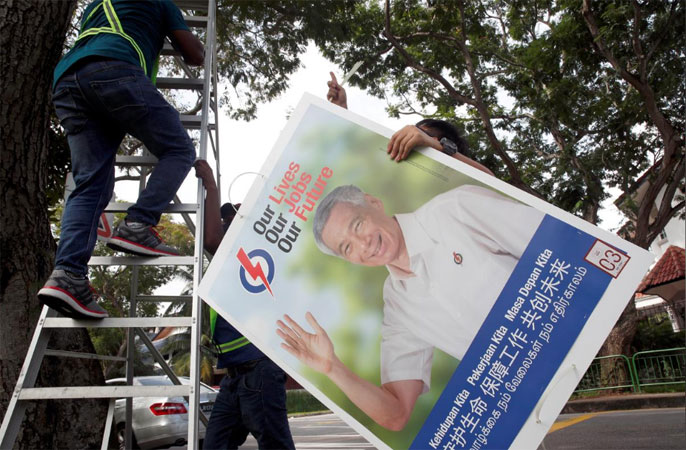 For many Singaporeans, voting on Friday under the cloud of the coronavirus pandemic, a big election issue is job prospects and whether their rich little island needs so many foreigners taking better-paid roles.

No-one expects a change of government on this Southeast Asian rock of stability. The People’s Action Party has been in power since independence in 1965, and has always commanded an overwhelming parliamentary majority, even when its vote has slipped.

But this election will be a test of both people’s confidence in the government’s handling of the coronavirus crisis, and its next generation of leaders, as Prime Minister Lee Hsien Loong – son of Singapore’s founding father Lee Kuan Yew – plans to step down within a few years.

Even small shifts in support for the pro-business PAP can prompt policy changes, and the coronavirus crisis has rekindled a national debate over outsiders’ share of the city-state’s prosperity.

Opposition gripes about foreigners holding top-tier professional roles has resonated with voters, analysts say. And a spate of reports about foreigners breaking lockdown rules, and having their work passes revoked, has fueled resentment.

Eugene Tan, a professor at Singapore Management University (SMU) and ex-member of parliament, said the image of the well-paid foreigner has become a “bogeyman” in the political debate.

“It is an issue with deep emotive appeal,” he said. “The question is whether voters can balance that…with an objective, rational examination of whether we can do without foreign manpower.”

Eight of ten opposition parties advocated reform of hiring policies to favour locals in their manifestos.

Yet, business groups fear curbs on recruitment could hurt growth in one of the world’s most open economies.

“Without foreigners, the large corporations may not necessarily be able to function and invest in Singapore like they always did,” said Latha Olavatth, senior director for Asia-Pacific at global migration services firm Newland Chase.