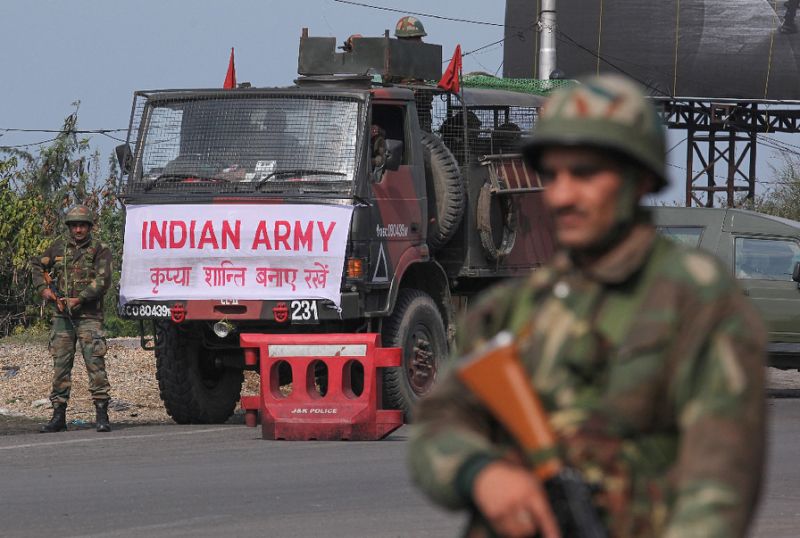 In occupied Kashmir, Indian troops in their fresh act of state terrorism martyred a Kashmiri youth in Pulwama district.

The troops martyred the youth during a cordon and search operation in Goosu village of the district. The operation continued till last reports came in.

Meanwhile, an Indian army soldier was killed and three others were injured in an attack during the cordon and search operation in Gusso area of Pulwama district, today.

Meanwhile, in occupied Kashmir, complete shutdown will be observed, tomorrow, to mark the fourth martyrdom anniversary of Kashmiri youth leader, Burhan Muzaffar Wani and his two associates, who were killed by Indian troops on 8th of July in 2016 in the territory.

Call for the strike has been given by the veteran Hurriyat leader, Syed Ali Gilani and the All Parties Hurriyat Conference.

Syed Ali Gilani in a statement issued in Srinagar paid rich tributes to Burhan Wani and the martyrs of July 13, 1931. Burhan along with his associates, Sartaj Ahmad and Parvez Ahmad was extra-judicially killed by Indian troops in Kokernag area of Islamabad. The veteran leader asked the people to observe the 8th July as a “Day with Martyr’s Family”, tomorrow, in their localities.

He also urged people to observe complete strike on July 8 and July 13 and offer tribute to martyrs by holding prayer meetings at martyrs’ graveyards across occupied Jammu and Kashmir.

Meanwhile, the All Parties Hurriyat Conference while paying tributes to Burhan Wani in a statement also called for a protest strike across occupied Kashmir, tomorrow, to convey a message to the world particularly the United Nations that the people of Jammu and Kashmir completely reject forcible occupation of their motherland.

The APHC said that the 8th of July would be observed as Youm-e-Istiqlal [Freedom Day] to reiterate the Kashmiris’ resolve that they would continue their struggle for right to self-determination through thick and thin.

A youth organization Warseen-e-Shuhada through its posters called for a march towards Tral, the hometown of Buran Muzaffar Wani, on his martyrdom anniversary.