Being human to nature

The understanding of nature and being humane is not a hard nut to crack but we have not given a thought to it. We have not sat down to look at the stars, the moon or the trees. We are too occupied with socio-political activities. These activities are escapes from ourselves, and to worship nature is also an escape from ourselves. We are always using nature, either as an escape or for the utilitarian end. We don’t stop and love the earth or the things of the earth. We don’t enjoy the rich fields, though we utilise them to feed and clothe ourselves.

Because of industry, agriculture and fossil fuel use, carbon dioxide in the air is at its highest level for millions of years before this pandemic. Simultaneously, disruption of other chemical cycles, pollutants are turning seas and rivers into dead zones.

Climate change is already affecting the world around us. Global warming causes glaciers to melt, sea levels to rise, species to go extinct and severe weather events such as floods, droughts and hurricanes to increase.

Organised murder is war. And we are at war against nature that needs to come to a full stop

Two hundred years ago, there were less than a billion people on Earth. Today, there are 7.8 billion and our population is still growing. According to the United Nations, unless we take action, there is likely to be 30 per cent more of us by 2050 and 11 billion people by 2100.

The report mentioned, “Human actions threaten more species with global extinction now than ever before.”

More than 130 nations, including the US, approved the report summary.

The full text is expected to be published later this year and contains alarming truths.

Species are becoming extinct 100 times faster than they would without human impact. 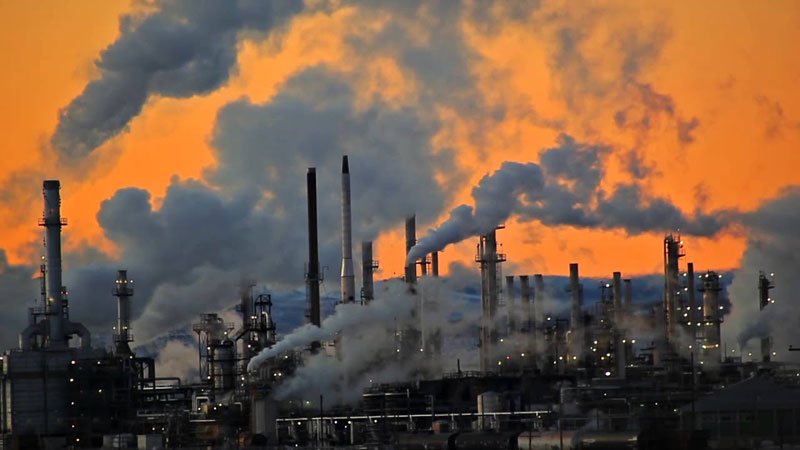 Populations of wild animals have more than halved since half-century while the human population has doubled.

Only five times before in our planet’s history have so many species and so much biodiversity been lost so quickly. The fifth was when the dinosaurs were wiped out. That is why scientists and conservationists call what is happening now the “sixth mass extinction.”

Several species are being driven to extinction because of human interference. Many of our species have not fared well over the past few decades. They have been suffering from threats such as habitat loss and the spread of invasive species. Sometimes, that interference is direct by desiring big game trophies or animal tusks, and sometimes, it’s indirect, such as when land is developed and disrupts habitats and entire ecosystems.

Recently, India proved to be inhumane when on June 4, a pregnant elephant died after eating (pineapple) food that was filled with firecrackers in India’s Kerala state.

This incident triggered countrywide protests, many wildlife activists said this was not the first death of its sort. Another female elephant was killed in Kollam in South Kerala in April after it ate a cracker-filled watermelon. Two years ago, another jumbo was killed in Idukki after swallowing jaggery-coated explosives, they said.

Meanwhile, in Botswana, early this May, more than 350 elephants have mysteriously died and the cause of their deaths remains unknown. Locals have reported seeing some elephants behaving unusually, running in circles and others dragging their hind legs before they die; suggesting the potential for toxins affecting brain function. The latest update regarding this case is yet to come.

Unfortunately, every individual place demands on planet earth—the very demands that have caused the changes that threaten us and the natural world we depend on today.

Man has killed millions of animals and is still killing them. All that we derive from their slaughter can be had through other means. But apparently, man loves to kill things, the fleeting deer, the marvellous gazelle and the great elephant. This has brought to the extinction of several animals. This killing of other human beings has never stopped throughout the history of man’s life on this earth. If we could, and we must, establish a deep and long-abiding relationship with nature, with the actual trees, the bushes, the flowers, the grass and the fast-moving clouds, we would never slaughter another being for any reason whatsoever. Organised murder is war. And we are at war against nature that needs to come to a full stop.

Research says that it can take about 15 years to reverse this situation. The government needs to strengthen and enforce environmental laws that eliminate illegal logging, hunting and fishing, reduce pollution and help farmers grow more food on less land.

Halting habitat destruction is the only solution to the extinction problem. And humans could do that by changing the way we allocate land to different uses, like farming, urban development, and energy production. We don’t have to stop people from their basics like eating or using electricity, or breeding. We just have to be cleverer about how we use the land we live on. Living in harmony with nature will bring a different world for all living beings.

The writer is a blogger and an environmental activist