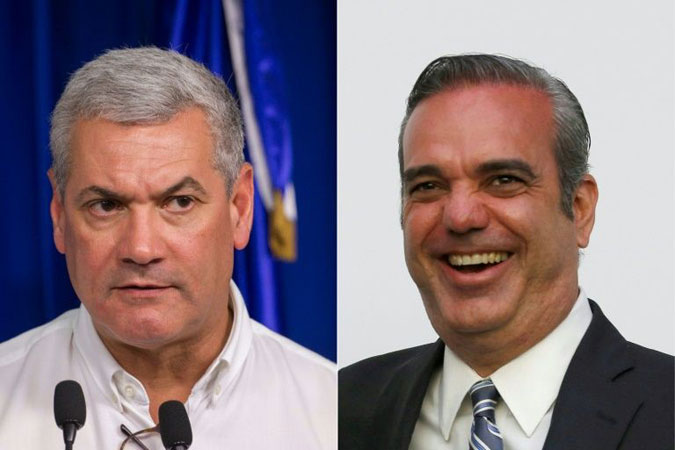 Opposition candidate Luis Abinader has claimed victory in the Dominican Republic’s presidential race after voters on Sunday braved a worsening coronavirus outbreak to cast their ballots for a new leader and legislature.

Abinader is seeking to end 16 years of unbroken rule by the Caribbean nation’s center-left Dominican Liberation Party (PLD), whose candidate Gonzalo Castillo was running second in a six-man field, according to pre-vote polls.

“We won, today we win, but we will never forget who we owe this victory to,” the 52-year-old businessman said from a platform before dozens of followers at his campaign headquarters in the capital Santo Domingo.

His main rivals conceded defeat shortly after, although no official result has been announced.

According to data from the central electoral board, around 60 percent of ballots had been counted, with Abinader gaining 53 percent of those votes. Castillo garnered 37 percent.

Gunfire outside a polling station in the capital left one person dead after an argument among opposing party activists turned violent, police said.

But elsewhere, the voting appeared to progress smoothly, with few disruptions despite the extra virus precautions.

“It’s pretty fluid and very well organized. The truth is I didn’t expect it,” said Maribel Roman, a 47-year-old business consultant, as she waited for her turn to vote.

The election, which was pushed back from May 17, was held despite the epidemic’s explosive spread, with the number of new COVID-19 cases hitting a record high Sunday for a third consecutive day.

Outgoing President Danilo Medina, who cannot seek another term under the country’s constitution, was forced to impose a national lockdown, easing it only last week as parties made a final drive for votes.

Abinader had to suspend his campaign after testing positive for the coronavirus, but recovered sufficiently to lead a rally on Wednesday.

“Respecting social distancing, exercise your right to vote today,” the head of the central election board, Julio Cesar Castanos, said in announcing that polls were open.

An observer team from the Organization of American States (OAS) monitored the vote, but its leader, former Chilean president Eduardo Frei, was unable to be present because of travel restrictions.

Some 7.5 million Dominicans were eligible to cast ballots in the election.

Also up for grabs are 32 senate seats, 190 seats in the lower house and 20 representatives to the Central American parliament.

“Change is coming and the PLD is going,” Abinader, who is considered a centrist, promised hundreds of his supporters at a closing rally Wednesday.

Corruption has been a key issue after protests in recent years over the involvement of local officials in the Latin America-wide Odebrecht graft scandal.

The Brazilian construction giant has admitted to doling out $92 million in bribes in the Dominican Republic in exchange for winning public works contracts.

The country, which shares the island of Hispaniola with Haiti, ranks 137th out of 180 countries on Transparency International’s corruption index.

Four other candidates, including former president Leonel Fernandez, were also contesting the presidency.

Despite health protocols in place at polling stations, Health Minister Rafael Sanchez Cardenas said it would be “practically impossible” not to have fresh outbreaks of COVID-19.

“We have to get beyond this line of 5th of July, hoping that there won’t be an overflow of cases and that we will be able to respond,” the minister said.

The pandemic has already hit polling by the Republic’s 600,000 overseas voters — representing almost eight percent of the electoral roll.

Most live in the United States, Spain and Puerto Rico, where polling has been taking place. However, expatriates in Italy and Panama have not been authorized to vote because of coronavirus restrictions there.

The Dominican Republic is one of the strongest economies in the region, recording on average 6.3 percent growth a year between 2013 and 2018, according to the World Bank. However, the Bank has warned that it is at risk of being pushed back into poverty because of the pandemic.