* 4,818 deaths have been reported across country while 131,649 people have recovered so far 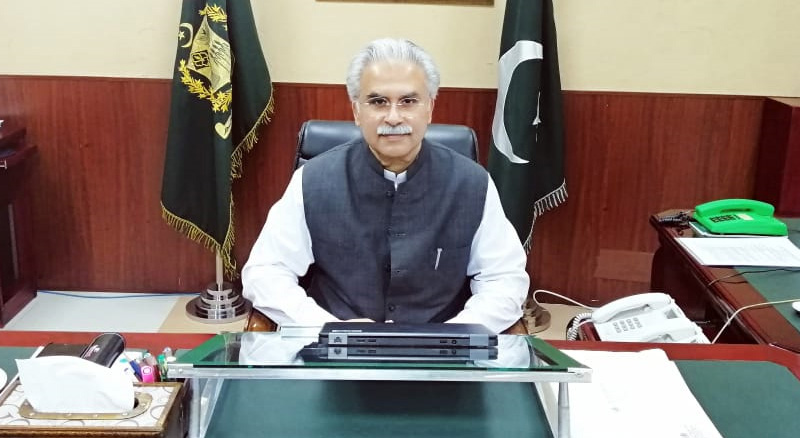 Prime minister’s aide Dr Zafar Mirza on Monday announced that he was isolating himself at home after testing positive for the novel coronavirus.

In a tweet, the special assistant to the prime minister on health said that he was experiencing ‘mild symptoms’ and was taking all precautions. He also applauded the services of his colleagues, saying, “Keep up the good work! You are making a big difference and I am proud of you.”

Last week, Foreign Minister Shah Mahmood Qureshi also tested positive for the disease. Several politicians, including members of the ruling PTI, have been diagnosed with the virus over the past few months as it continues to spread in Pakistan. More than 233,646 people have tested positive across the country since the first case emerged on February 26 while 4,818 deaths have been reported as of Monday.

Punjab Chief Minister Usman Buzdar Monday said that there has been a ‘prominent reduction’ in the number of coronavirus cases reported from areas placed under smart lockdown. In a tweet, he said that 10 to 15 coronavirus hotspots were sealed according to the prime minister’s ‘smart lockdown strategy’ which had resulted in lower number of infections. “Random sampling also showed encouraging results. Many areas have been completely reopened.” The chief minister said that it has been proven that the spread of the virus is reduced in areas where people follow SOPs issued by the government.

Balochistan government spokesperson Liaquat Shahwani Monday said that the province’s coronavirus situation has improved. “The percentage of positive cases in the first week of June was 32 per cent. Now, it is 16pc,” he said. “This is good news for the government […] that the public has shown an improvement in following standard operating procedures for curbing the spread of the virus, causing a drop in the number of cases. There has been an almost 50pc reduction in hospitalisations and the number of critical patients has also reduced,” he added.

Shah said that 46 more people lost their lives to the virus, taking the total number of fatalities to 1,572. He added that 679 patients recovered. The total number of recovered people in the province has risen to 53,855. The province’s recovery rate is 56 per cent, the chief minister said.

Islamabad reported 85 new cases – the lowest single-day rise since May 30 when it reported 92 infections, according to the government’s Covid-19 portal. The capital’s total has risen to 13,494.

Azad Jammu and Kashmir reported 54 new cases, down from 74 a day earlier, while Gilgit Baltistan confirmed 16, taking their tallies to 1,342 and 1,561, respectively. Islamabad also recorded three more deaths from the virus while AJK confirmed one additional fatality.