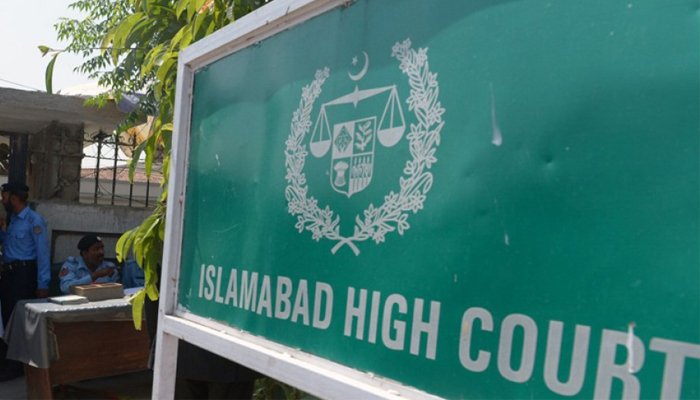 The Islamabad High Court (IHC) on Monday reserved judgement on a petition filed against the construction of a Hindu temple in Islamabad.

During the hearing today, the Capital Development Authority (CDA) told the court that the plot was allotted after consultations from the Ministry of Religious Affairs, Special Branch and the Islamabad administration.

The court inquired of the CDA the location of the plot and its allotted purpose. According to the CDA urban planning director, the process of plot allotment in H9/2 began in 2016. The site was alloted to the Hindu community for the construction of a temple, community centre or a shamshan ghat (cremation ground), he said.

The plot was alloted after consultation with the Ministry of Religious Affairs, special branch and the Islamabad administration, said the CDA official. Area for a graveyard for Christian, Baha’i, Qadiani and Buddhist communities has also been allotted near the plot in question, he added. Land area of 3.89 kanal was allotted in 2017 and handed over to the Hindu panchayat in 2018, he told the court.

The CDA also told the court that the work was halted due to lack of building plan for the temple.

In Tuesday’s hearing, the petitioner claimed that a temple for Hindus already existed in the model village of Saidpur (a tourist site in Islamabad) and the government, instead of constructing a new temple, should renovate the existing one.

Prime Minister Imran Khan and officials of the Religious Affairs Ministry, Interior Ministry, Capital Development Authority (CDA) and Chairman of the Union Council H-9 have been made respondents in the case.

The petitioner, advocate Tanveer Akhtar, has argued in his petition that in the masterplan for Islamabad there was no provision for a temple on the site where it was going to be built in Sector H-9. Therefore, the lawyer argued: “The land allotted for the construction of the temple be withdrawn, along with the funds allocated for the project.”

Last week, the prime minister had approved a grant of Rs100 million (Dh2.18 million) for the construction of the first Hindu temple in the capital.

Leading cleric Mufti Taqi Usmani and chairman of the government’s Central Route Hilal Committee Mufti Muneebur Rehman have also opposed the construction of the temple at the government’s expense.