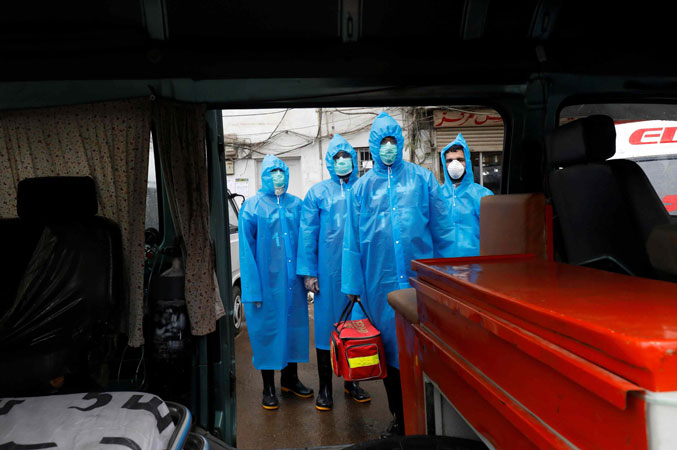 Pakistan has confirmed at least 65 deaths in a single day by novel coronavirus, as the number of positive cases has surged to 231,017. The nationwide tally of fatalities has jumped to 4,745.

According to the latest figures by the National Command and Operation Center (NCOC) 3,191 persons have been tested positive for COVID-19 in 24 hours.

Sindh has become the worst-hit province by the pandemic in terms of cases, followed by Punjab, Khyber Pakhtunkhwa and Islamabad.

Sindh has reported 2,222 coronavirus cases and 25 deaths during the past 24 hours, according to Sindh Chief Minister Murad Ali Shah. In a statement issued by the CM House, he said 10,705 tests were conducted during the last 24 hours. With the new cases, the provincial total has risen to 94,528, while the death toll has risen to 1,526.

Another 110 new coronavirus cases were confirmed in Hyderabad, taking the total number of cases to 3,292, according to data compiled by the district health office.

The numbers also showed that 1,656 are active cases, and 1,540 patients are in isolation as per the government’s policy. The data also showed that 50 residents have died from the virus so far.

It may be mentioned here that the month of June has proven to be disastrous for people of Sindh as 904 people infected with the novel coronavirus lost their lives in the month.

The first case of the deadly novel coronavirus was reported on February 26, after which the number of patients increased by every passing day. The coronavirus outbreak killed 8 people in March, 109 in April and 385 in May.

The number of deaths from novel coronavirus tripled in June as 904 patients as lost their lives. Medical experts have attributed lifting of coronavirus lockdown ahead of Eid with the increase in deaths during the month of June. A total of 328 people have died who were self-isolating at their homes.

On the other hand, Punjab’s Covid-19 tally has risen to 81,317 after 1,020 new cases were reported in the last 24 hours, according to the government’s database on coronavirus. The province has also reported 27 additional fatalities, taking the total number of deaths to 1,817.

At least 48 doctors in Punjab teaching hospitals have resigned, including 32 from Lahore. The Department of Specialized Healthcare and Medical Education has issued a notification of resignation in this regard.

The resigning doctors include 14 from Mayo Hospital, six from Children’s Hospital, three from General Hospital, two from Services and four from Lady Aitchison. Besides, two doctors from Government Nawaz Sharif Yaki Gate Hospital have resigned. Doctors from hospitals in Faisalabad, DG Khan, Bahawalpur, Rahim Yar Khan and Gujranwala have also quit their jobs.

Meanwhile, 273 new cases were confirmed in Khyber Pakhtunkhwa, taking the total confirmed cases to 28,116. Eight more lives were lost, taking total to 1,028. Another doctor was among those dead, taking the number of COVID-19 fatalities among healthcare workers in Khyber Pakhtunkhwa to 17. Dr Hidayatullah Wazir was undergoing treatment at the Hayatabad Medical Complex before he succumbed to the disease, said sources.

Islamabad, Gilgit-Baltistan and Azad Jammu and Kashmir have collectively reported 200 new coronavirus cases and five more deaths. According to reports, 117 cases and four deaths were reported in Islamabad, nine new cases in GB, and 74 cases and one death in AJK.

Also, Leader of the Opposition in the National Assembly and PML-N President Shehbaz Sharif has recovered from coronavirus. The party’s spokesperson, Marriyum Aurangzeb, said that the result of Shehbaz’s latest test had come back negative. “By the grace of God and the nation’s prayers, Shehbaz Sharif has tested negative,” she said in a statement. The PML-N president had tested positive on June 11 and had isolated himself at home.

According to a report released by the National Emergency Operations Centre, the number of doctors, nurses and paramedical staff infected with coronavirus across the country has reached 2,561, while at least 25 health workers have lost their lives fighting the pandemic.