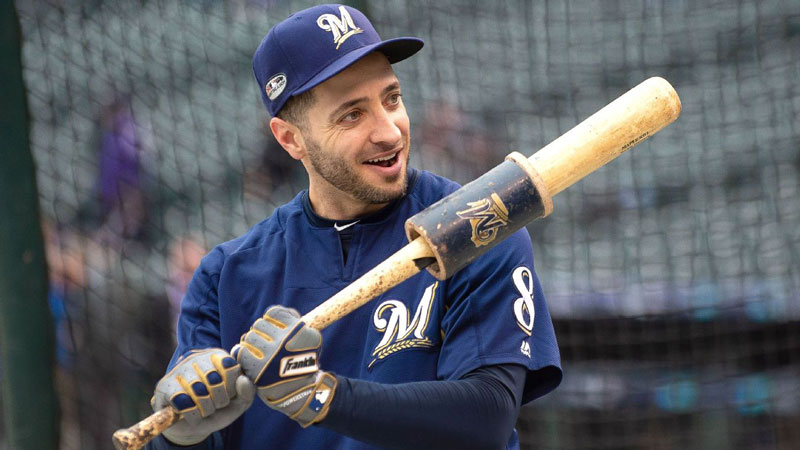 MILWAUKEE: Milwaukee Brewers veteran Ryan Braun said he’s more likely to continue playing beyond 2020 because of the unusual circumstances of this pandemic-shortened season.

Braun said in January that he was considering retiring after the season. He was more bullish on his baseball future Saturday as the Brewers held the first full-squad workout of their summer camp ahead of the 60-game season that starts later this month. “I feel like it´s more likely that I play another year than I anticipated a few months back,” Braun said. Braun, the 2011 NL MVP, is entering the final season of a five-year, $105 million contract and will turn 37 in November. Those circumstances help explain why Braun was uncertain in January about whether he would play in 2021.

“I don´t take for granted this could be my last year playing baseball,” Braun said at the time. “Obviously, there´s a sense of urgency every year, but for me, knowing that this could be my last chance ever, it´s something that adds to that sense of urgency.´´ Braun knows he’ll be fresher at the end of this season than he would be after a 162-game schedule. The NL also is adopting the designated hitter this season, a move that could help Braun lengthen his career. “Obviously at this age and where I´m at in my career, it´s very appealing to me to have the option to DH for a decent percentage of my at-bats,” Braun said. Brewers manager Craig Counsell has said Braun will spend some time at DH but would also play right field and first base.

“We´ll have a number of people in that role,” Counsell said. “There will not be a starting DH. For our team, you´ll see Ryan there. I probably liked it for Christian Yelich just as much when I saw the rule, the ability to keep him in the lineup for more games, especially at the start here when we´re going to just have to be really careful with soft-tissue injuries for guys. Those are the two names that come to mind right off the bat.” Braun said he was skeptical at times that there would even be a season as coronavirus cases surged in the U.S. and baseball’s labor negotiations dragged on. He also considered not playing this season, and he still hasn’t completely ruled out taking the year off. Braun´s wife, Larisa, gave birth to the couple’s third child – a boy named Carter James – on May 31. Larisa and the kids haven’t yet left the family’s southern California home to join Braun in Milwaukee.

“The more I learned about the health and safety protocols that were in place, the more comfortable I felt with everything,” Braun said. “But again, I´m continuing to assess on a day-to-day basis, and Larisa and I continue to have conversations about what this looks like, whether it´s safe for me to be here, whether it would be safe for them to join me here. And I think a lot of players are in that same situation in trying to assess it on a day-to-day basis and see what makes the most sense for them.” When healthy, Braun remains productive. He batted .285 with 22 homers and 75 RBIs with a .343 on-base percentage and .505 slugging percentage last year while playing 144 games, his most since 2012. He had an OPS of 1.018 in August and .912 in September as the Brewers made a late-season surge toward their second straight playoff berth.