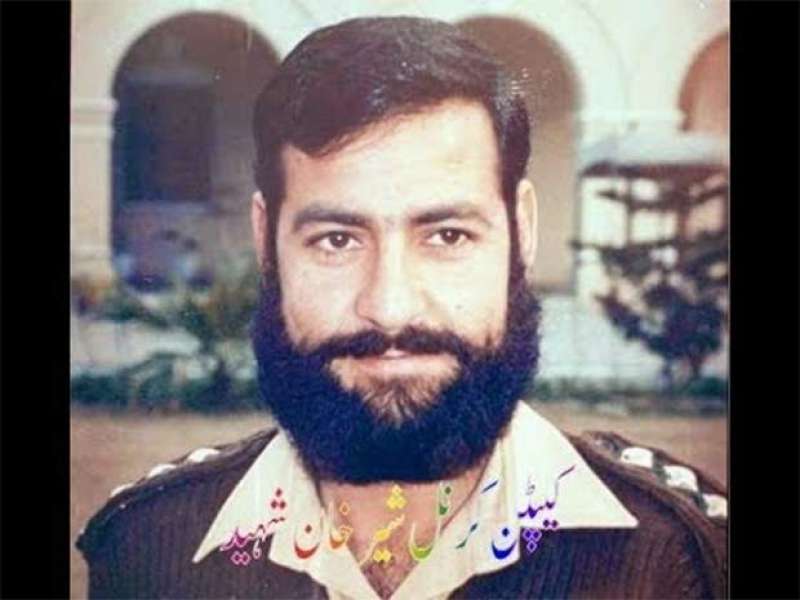 He was born in district Swabi of Khyber Pakhtunkhwa in 1970.
Captain Karnal Sher Khan was one of the ten recipients of country’s highest military award, Nishan-e-Haider.
He was born on 1 January 1970. After completing his intermediate education at a government postgraduate college in Swabi, he first joined Pakistan Air Force (PAF) as an Airman but later joined Pakistan Army as a commissioned officer in 1992.

He was commissioned in 27th Sind Regiment on 14 October 1994. Captain Karnal Sher Khan emerged as the symbol of mettle and courage during the Kargil conflict at the Line of Control.
He set up personal examples of bravery and inflicted heavy losses on the enemy.

He defended five strategic posts, which he established with his soldiers at the height of 17,000 feet in Gultary area. On 5 July 1999, Indians, with the help of two battalions, managed to capture some portion of one of his post.
Despite facing all odds, he led a counter-attack and re-captured the lost portion. Captain Karnal Sher Khan also chased the enemy and conducted many raids in enemy area. During one of such raid, he went inside enemy camp where he inflicted heavy losses.

During the battle he received burst of fire in the chest and embraced ‘SHAHADAT’.